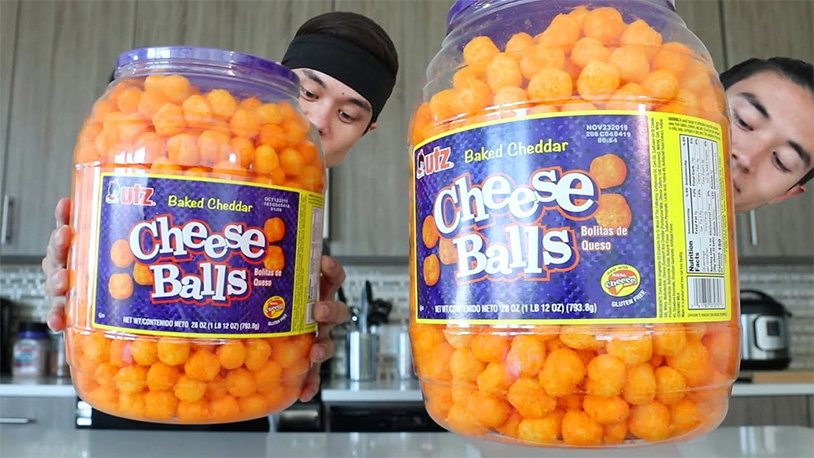 YouTuber Matt Stonie filmed himself attempting a gustatory challenge that has us deeply upset. He and his younger brother Morgan bought two massive barrels of Utz baked cheddar cheese balls – absolutely the top of the line in the cheese ball barrel market – and attempted to eat a single container each in one sitting. If you’ve got a sensitive stomach, you might want to tap out early on this one.

Stonie is known in the competitive eating world as “Megatoad,” and he’s racked up myriad prizes in the sport including the biggest of them all, the Nathan’s Famous Hot Dog Eating Contest which he won in 2015. He’s currently ranked third in the world, and watching him demolish a cheese ball barrel will give you a pretty solid idea as to why.

Think about the texture of a cheese ball: sure, they’re deliciously crisp, crunchy and salty with that umami zing, but the more of them you eat the less rewarding they are and the drier your poor mouth become. As the Stonie brothers mow their way through the massive containers of snacks, you can see them visibly dehydrating as the puffed corn sucks the moisture out of their bodies. Competitive eating is disquieting on the best days, and this certainly isn’t one of the best days. Watch the video for yourself if you don’t believe us.