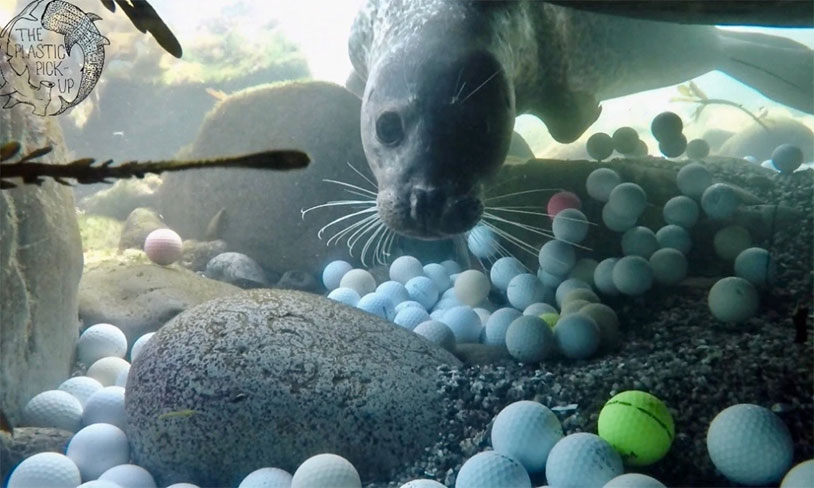 Losing golf balls in the water is a big issue, and teenagers since the dawn of time have been making extra cash by retrieving them. But one freediver enjoying the water off of Pebble Beach realized that the nearby course was causing a significant environmental hazard for the aquatic animals.

Alex Weber was just 16 when she was diving off of Pebble Beach and realized she could barely see the sand beneath a blanket of golf balls. Spurred by the environmental damage that was being caused by the course, she started a website called The Plastic Pick-Up to chronicle her task of removing lost golf balls from the sea. Years later, the count is at a flabbergasting 50,000 balls.

Helped out by her father and Stanford University scientist Matt Savocca, who also helped her with a paper published in the Marine Pollution Bulletin.

Weber told the press “The main point that people should be aware of is that every decision and action you make has an effect, whether it is something that effects you or not. I always say that if golf balls floated this would not be an issue because people would be so disturbed about the amount of trash in our bay, but only people that go beneath the ocean are aware of the issue.”