This Guy Put A Million Plastic Balls In A Moving Truck 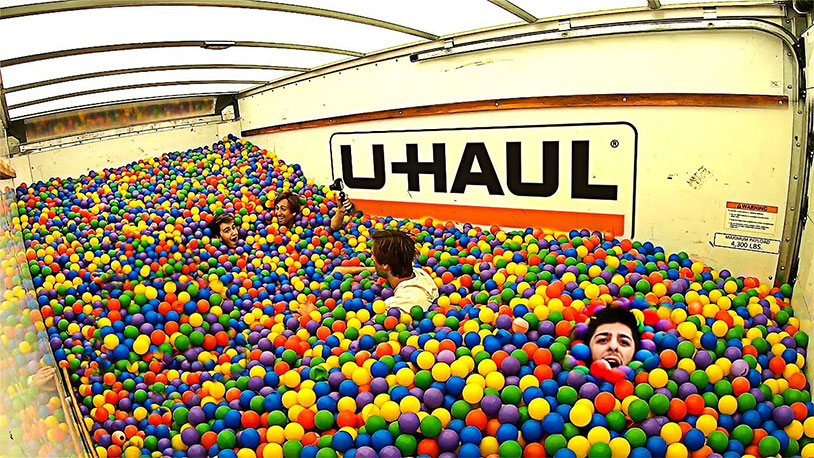 Is there any more vital purchase for a prospective YouTube star than a whole bunch of hollow plastic ball pit balls? Whether you’re putting them in a bathroom, on a trampoline, or just dumping them all over your bros, they get a whole ton of mileage out of the things. Now popular streamer FaZe Rug has taken things to the next level, buying a cool million of the damn things and filling the back of a moving truck with them to create a sort of wave pool that drives around the city streets.

Riding around in the back of a moving truck has been a popular pastime since way before the era of viral video, but there are significant drawbacks – most notably getting slammed hard up against a wall when the vehicle turns a corner. Loading the box with a million plastic balls can dampen that impact a bit, but it brings new challenges as well. Rug and his friends bob around in the mass of balls like they’re caught in a tsunami.

The video’s pretty funny and charming, and Rug is now asking his fans if he should follow it up with putting a foam pit in the back of a U-Haul for even more shenanigans.