This Guy’s Balls-Off With A Huntsman Spider Ends Badly 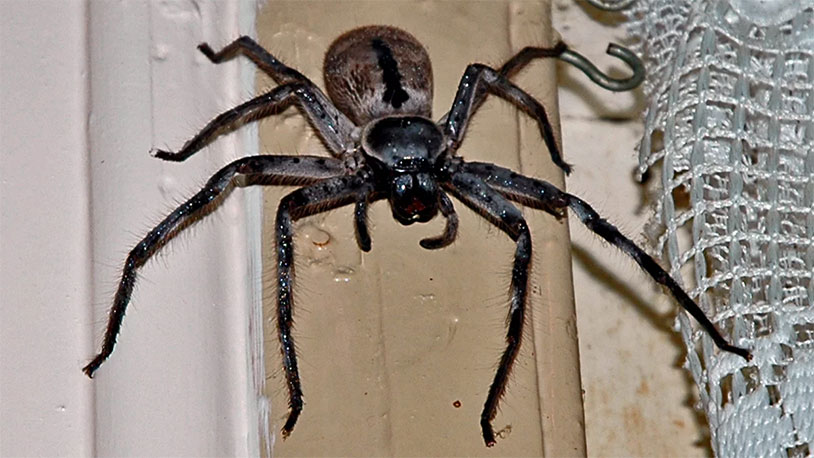 Yes, we know, you’re a man and it’s important to prove that you’ve got the biggest balls in the room. But maybe don’t try to pull that nonsense on a huntsman spider. This terrifying video will ruin your whole day.

Our protagonist is a dude named Leroy Horton, who discovers a massive huntsman spider on his wall. Turning to the camera, he gleefully intones “F***, he’s pretty big mate, who’s going to go first?”

We all know the answer to that question: the spider, which jumps on his hand and sends him into a paroxysm of panic. He starts screaming profanity and manages to shake the beast off and it scurries away. Huntsman spiders are so named because they stalk their prey, lying in wait before leaping out and sinking their venomous fangs into their victims.

In the comments on Horton’s original Facebook post, he clarified that the spider didn’t manage to sink its fangs into his flesh, instead landing on his fingernail. Dude got lucky – a solid finger bite would have put him in a world of hurt. Instead, he survived to share his ordeal with the world and become a viral video star for a week. Good job, dude.