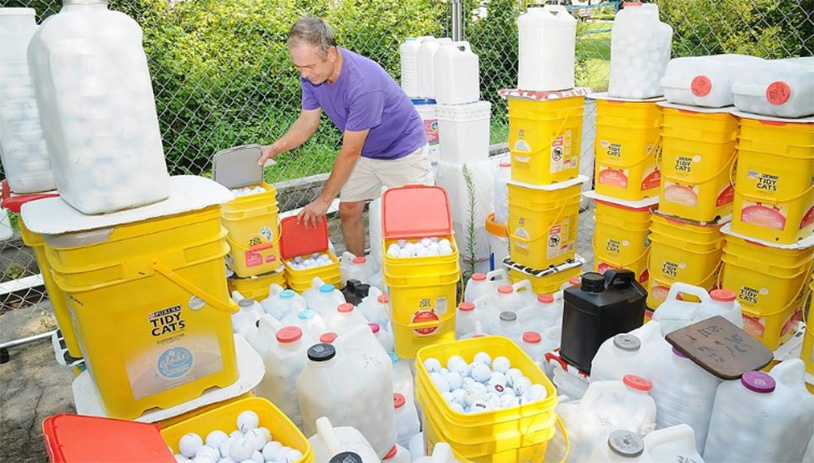 As somebody who used to live in New York City, the concept of collecting things seems totally insane to me. There’s only so much space in the world, why would you fill it up with things you don’t need? But don’t tell that to Ohio man Steve Stolarik, who is adamant on putting together a golf ball collection for the ages.

Stolarik, a retired highway patrolman who lives in the town of Byesville, spends his evenings collecting golf balls. Suffering from back pain, he needs to stay active but can’t do anything too strenuous. And unlike most retirees, he doesn’t want to watch TV all day.

On a walk in Salt Fork State Park, he heard the unmistakable thwok of gof balls hitting a nearby tree. With nothing better to do, Stolarik started picking up the stray balls and by the end of the day he had 64 balls. That ignited a fire in him to try and gather up as many golf balls as possible.

As of press time, he’s racked up a golf ball collection that counts over 22,000 spheres in it – and he shows no sign of slowing down. Using a UV light, he heads out at night to scrape up stray balls wherever he can find them.

Columbus Alive has the full story.