This Modern Dog House Is Made From Tennis Balls 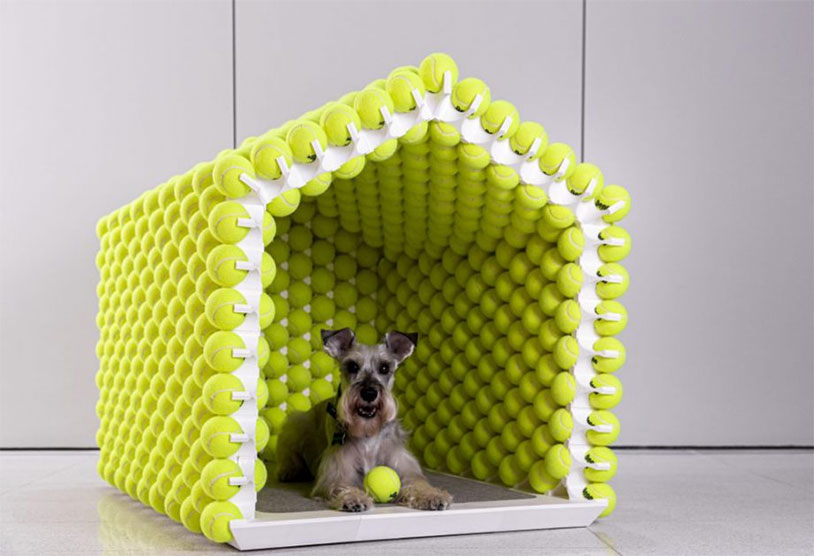 There are few things our canine companions love more than tennis balls, so why not put your pooch up in style with a dog house that’s almost entirely made from the things? Dallas-based design firm CallisonRTKL came up with this clever construction that uses balls and 3D printed modular parts to create a structure of any size.

They created the dog house for the Bark + Build Pet House Design & Build Competition, an event that tapped some of the city’s creatives to raise money for the SCPA. It won Best in Show, raising a donation of $1600 for the shelter.

The base of Fetch House, as CallisonRTKL is calling it, is a 3D printed superstructure that nests tennis balls into the gaps to keep the weather out and the dog comfortable inside. It can be scaled to hold as many as 1,000 balls, which will keep any dog busy for quite some time. You can also leave gaps for ventilation and light, if your pet likes that sort of thing.

CallisonRTKL hasn’t announced any plans to produce the Fetch House for the mass market, but if they release the design plans anyone with a 3D printer can build a dog house for themselves.