This Piece Of Rochester History Is For Sale 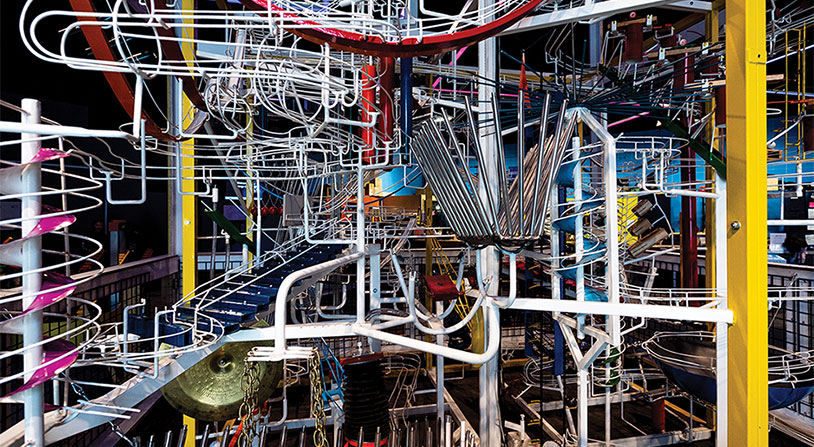 Fans of ball art know the name of George Rhoads – his kinetic sculptures, which typically involved complex arrangements of ramps, pulleys, holes and tubes that marbles or other balls would ratchet through, creating a visual and audio experience that was different each time, were installed all over America. But one of his most famous pieces, which for years lived in the Long Ridge Mall in Rochester, New York, is up for sale. Could you be the lucky owner?

The piece in question is called the Electric Ball Circus, and it was installed at the Rochester mall when it opened by owner David Bermant, who was a big proponent of the virtues of public art. It was one of Rhoads’ first large-scale kinetic sculptures, and it camptivated generations who stopped outside the Sears store to see it in action.

In the 1990s, the Long Ridge Mall was combined with the nearby Greece Towne Mall and in the fracas the Electric Ball Circus vanished. It turned up in a trash heap, where it was salvaged by a local who sold it to collector Dave Nuciola in 2009. Here’s what it looked like then.

Nuciola wanted to restore the machine to its previous glory but it was out of his reach, so now he’s trying to get his investment back and find a good home for the Electric Ball Circus. Could it be yours?

Read more at the Democrat and Chronicle.