This Power Outage Looks Like A Dong And Balls 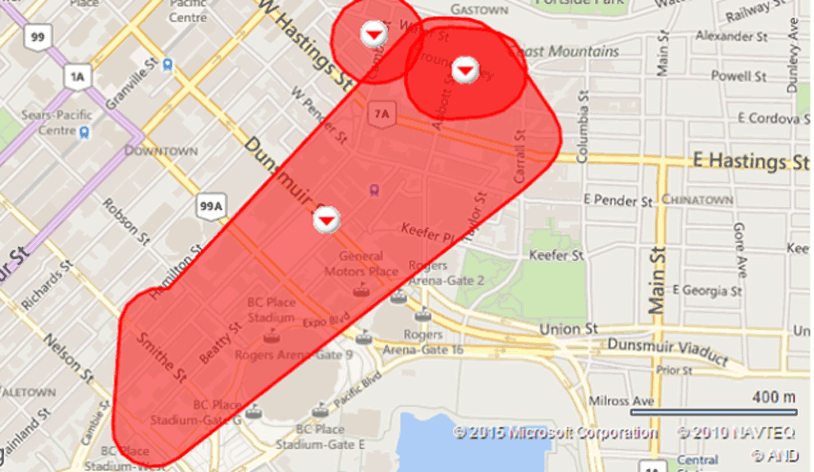 Here’s another one for the “accidental balls” category. A power outage around Vancouver International Airport yesterday morning knocked out an odd-shaped swath of houses and buildings for a few hours. As is policy, power company BC Hydro Tweeted out a map of the affected areas. Here’s the Tweet.

We’re not the only ones who see this, right? Writing about balls all day kind of warps the mind a little bit – that old adage “when the only tool you have is a hammer, everything looks like a nail” applies here – but this certainly looks like a dick and a pair of balls to us, with the nards resting comfortably on Hastings Street. BC Hydro’s customers wasted no time in making amusing responses to the Tweet. The power outage was resolved late yesterday.