Tiger Nuts Might Be The Next Big Food Trend 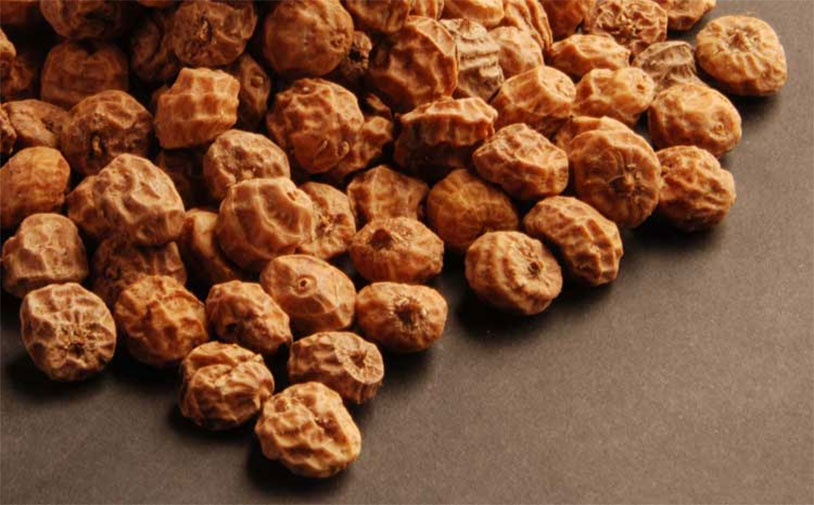 The food world is always looking for the next big fad to capitalize on, and with thousands of plants eaten by humans in remote regions just waiting for their turn in the spotlight, it was only a matter of time before tiger nuts had their turn.

Here’s a quick explainer, in case you’ve never heard of these nutritious little nuggets. First off, they’re not technically nuts. Tiger nuts are a tuber from the sedge family, found growing in many parts of the world. It was cultivated for food in Egypt and parts of Europe in the past, but is now generally considered a weed. That’s a shame, because the small, tasty tubers that grow from its root systems are also pretty nutritious.

In Spain, tiger nuts are used to make a beverage called “horchata de chufa,” a sweet milk-like drink. In Nigeria, they’re eaten raw and called aya. They have a crisp outside and a chewy center, and their flavor is best compared to coconut meat. Tiger nuts are high in healthful fats and resistant starch, a type of carbohydrate that is good for your digestive system.

They’re also available ground up in flour for baking or breading, lending a subtle sweetness to dishes.

If you want to try them, order a starter bag here. Let us know how they work out for you.