To Save Ocelots, Texas Mails Testicles To Ohio 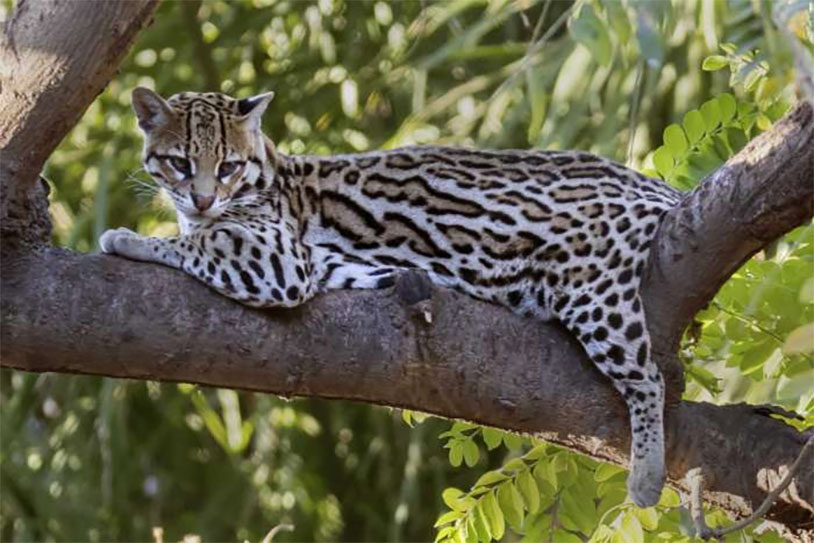 Preserving endangered animals should be a priority for humankind as we take over more and more of the planet, and scientists are doing their best to maintain vulnerable populations as well as they can. One example are the ocelots of Texas, a population that now numbers less than 100 cats. The last remaining wild group of ocelots in the United States, these animals live in thorn scrub habitats on the southern border and are in definite peril.

So when one was struck by a car this summer, U.S. Fish and Wildlife Service biologist Hilary Swarts sprung into action. She immediately harvested the animal’s testicles to preserve their genetic material. That sperm was sent to Bill Swanson, the director of conservation at Cincinnati Zoo’s Center for Conservation and Research of Endangered Wildlife.

He was able to harvest 250 million sperm from the dead animal’s testicles, which can be used for as many as 20 artificial inseminations for ocelots in captivity. Some of them have already been used to knock up a female at the Albuquerque Biopark in New Mexico.

“Ocelots as a species are not going extinct anytime soon, but we may lose the population we have in the United States,” Swanson said. “Once those ocelots are gone, we’ll probably never have ocelots in the United States or Texas again, and I don’t want to see that happen.”