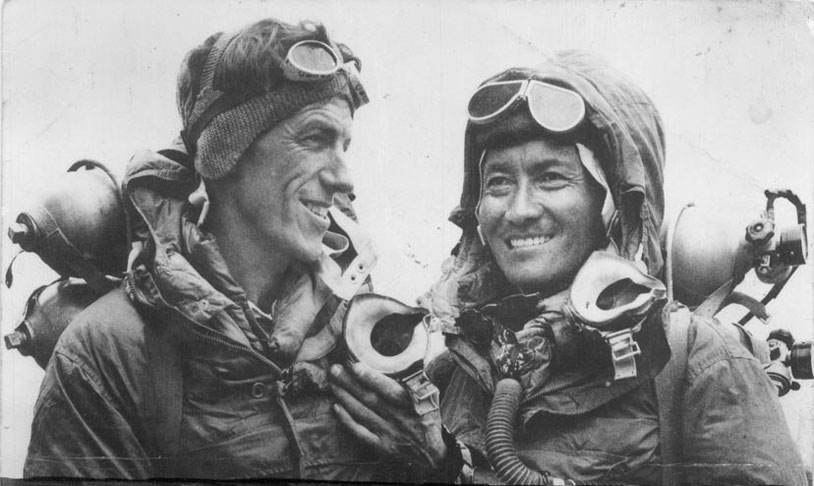 A daily feature here on The Ball Report is looking back through the hourglass of time to showcase an event that really took balls on this day. It’s May 28, and today’s story took place in 1953.

Mount Everest is the highest mountain on Earth, full stop. The mighty spire stretches 29,092 feet above sea level, surrounded by the equally formidable Himalayan range. It still is considered the ultimate challenge for mountaineers, but when New Zealand explorer Edmund Hillary made his ascent in May of 1953, no human being had ever reached the summit before.

Hillary was a gangly daydreamer who became interested in climbing after a school expedition to Mount Ruapehu. After he left school, he worked as a beekeeper in the summer to keep his winters free for expeditions. He first set foot on Everest as part of a British reconnaissance expedition in 1951 and made it his goal to conquer the mighty mountain.

In 1953, he would have his chance. Nepal only allowed one attempted ascent a year, and his friend George Lowe brought him in on the British expedition. Hillary paired up with Nepalese mountaineer Tenzing Norgay for the mission, which began on March 27th. The group, which numbered some 400 people, dwindled as they got closer to the summit, and after climbers Tom Bourdillon and Charles Evans were forced to turn back due to a malfunction with their oxygen equipment, Norgay and Hillary were given the go-ahead.

They crested the 40-foot rock face near the peak when Hillary discovered a small crack his foot could fit in – since named the Hillary Step – and planted a flag atop the world’s highest mountain. News of their success made the party a worldwide sensation.