Today In Ballsy History: The Battle Of Oulart Hill 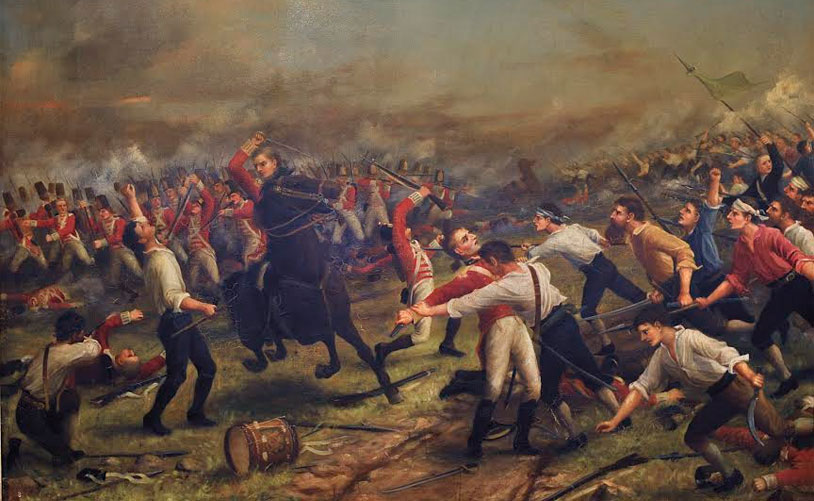 A daily feature here on The Ball Report is looking back through the hourglass of time to showcase an event that really took balls on this day. It’s May 27, and today’s story took place in 1798.

The fight for Irish independence during the 18th century was eventually lost, but the native Irishmen certainly conducted themselves like heroes. One of the most epic skirmishes was the Battle of Oulart Hill, when a thousand rebels took on a detachment of soldiers and absolutely annihilated them.

The North Cork Militia had been sent in to pacify County Wexford and managed to turn most of the populace against themselves with their notorious brutality. After a fight broke out in the streets on the night of the 26th, the fuse was lit, and it exploded the next day.

The British militia arrived in the town of Oulart that afternoon after robbing a local pub and drinking all their alcohol. The Irish don’t take too kindly to that, and the rebels turned out in force, massing 1,000 strong at the top of Oulart Hill. Militiamen tried to lure them down from their advantageous position by burning houses in the village. Tired of waiting, infantry marched up the hill without waiting for artillery support, only to be surprised by an ambush line the Irish had set up at the top of the hill.

Instead of meeting the British forces head-on, the Irish lured them into a trap, with the camouflaged gunners opening fire from the flanks as the militia drew close. The surprise attack routed the British, who fled back down the hill and into the countryside, where they were pursued for days by angry Irishmen.

Well-trained soldiers routed by average Joes with a solid strategy and lots of guts? That’s a recipe for a ballsy battle.