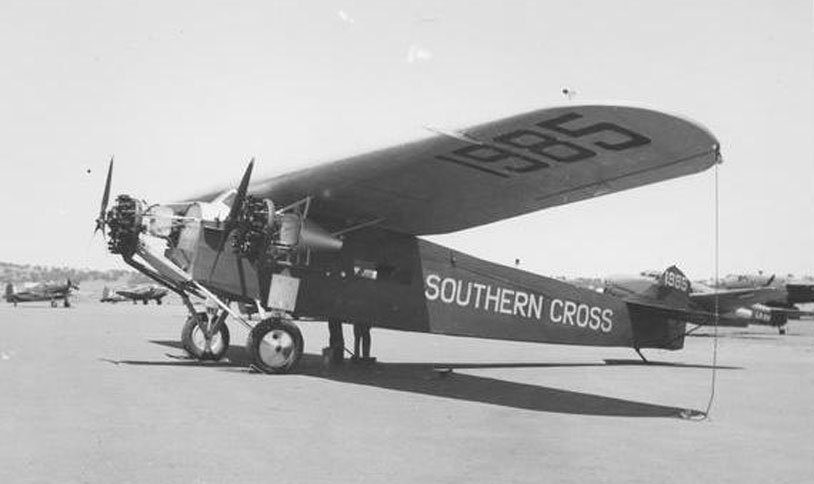 A daily feature here on The Ball Report is looking back through the hourglass of time to showcase an event that really took balls on this day. It’s June 9, and today’s story took place in 1928.

Before jumbo jets criss-crossed the skies hundreds of times a day, aviation was the world of a handful of daring explorers who pushed the primitive planes of their era to the limit. While most test flights were done over dry land, the biggest prizes came to those who managed to cross between continents. June 1919 saw the first trans-Atlantic flight performed, but it took almost a decade for somebody to come up with the balls to do the other ocean.

Enter Charles Kingsford Smith. The Australian pilot earned his wings with the Air Force in 1917 and served in World War I, getting shot down over Gallipoli and losing part of his left foot. He returned to civilian life, but his lust for the skies never left him and Smith started gunning to break aviation records left and right.

In 1928, Kingsford Smith and cohort Charles Ulm bought a Fokker F. VII microplane dubbed the Southern Cross and began kitting it out to tackle the trans-Pacific flight. This wasn’t a single jump, though – it happened in three stages. Smith and his four-man crew took off from Oakland, California on May 31 and flew 27 hours straight to Wheeler Army Airfield in Hawaii, where they refueled and slept. From there, it was a 34 hour flight to Fiji, and then finally a 20 hour flight to Brisbane through terrifying lightning storms.

The Southern Cross set down in Brisbane at 10:50 in the morning on June 9th, with a crowd of people ready to crown him a national hero. From there, Kingsford Smith and Ulm incorporated themselves as Australian National Airlines and began scheduling flights around the continent. The daring duo also became the first to fly from one end of Australia to the other, as well as the first to perform the Tasman crossing to New Zealand.

In 1935, Kingsford Smith and a co-pilot disappeared, along with the Southern Cross, while attempting to break the England-Australia speed record. Parts of the plane washed up in Burma, but their bodies were never recovered.