Today In Ballsy History: The Rescue Of Scott O’Grady 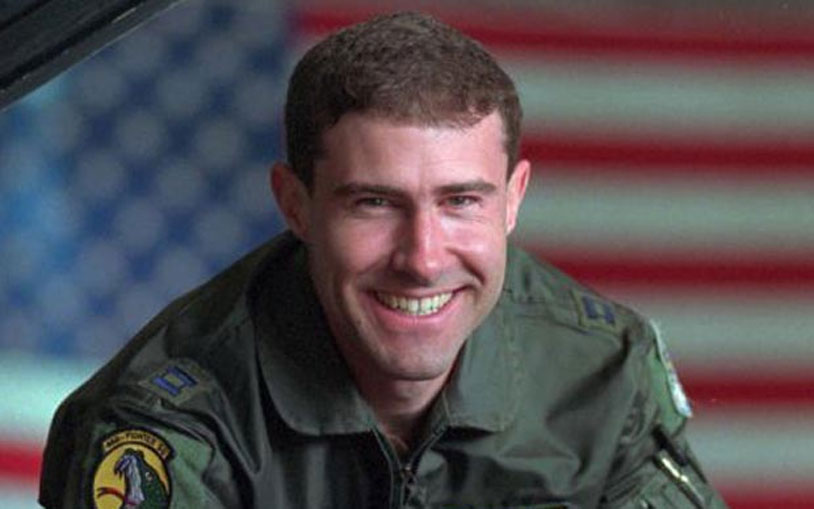 A daily feature here on The Ball Report is looking back through the hourglass of time to showcase an event that really took balls on this day. It’s June 8, and today’s story took place in 1995.

It’s hard to believe after decades of painful war in the Middle East, but America used to actually use our military power for the good of the downtrodden. In the 1990s, NATO deployed into Bosnia after reports of widespread human rights abuses against citizens by the country’s army. We established a No Fly zone and tried to prevent additional civilian casualties.

On June 2, 1995, a Bosnian surface-to-air missile hit the F16 patrol plane piloted by Captain Scott O’Grady, bringing his plane down in a catastrophic fireball. O’Grady managed to eject and land safely behind enemy lines, but he quickly realized that he needed to get away from civilization if he was going to survive. For the next six days, he ate bugs, leaves and grass and collected rainwater in a sponge to drink. His radio only had a small charge, so he waited until four days had passed before signaling for help.

On June 8th, O’Grady finally spoke into the radio, and was answered by another F-16 pilot. Within hours, a dramatic rescue was set in motion. A pair of CH-53 Sea Stallion helicopters with a contingent of over 50 Marines took off for the location of his signal beacon, accompanied by a pair of gunships and two Harrier jets. They sighted a plume of smoke on the ground and set down, and O’Grady immediately broke from the cover of trees to dash for the helicopter. He got in the vehicle before all of the Marines could even deploy, and the convoy took off after just seven minutes on the ground.

The rescue mission came under fire from Serb missile launchers, but took no casualties. A few months later, NATO would approve Operation Deliberate Force, which would use overwhelming air attacks to cripple and defeat the Bosnian Serb army forever.