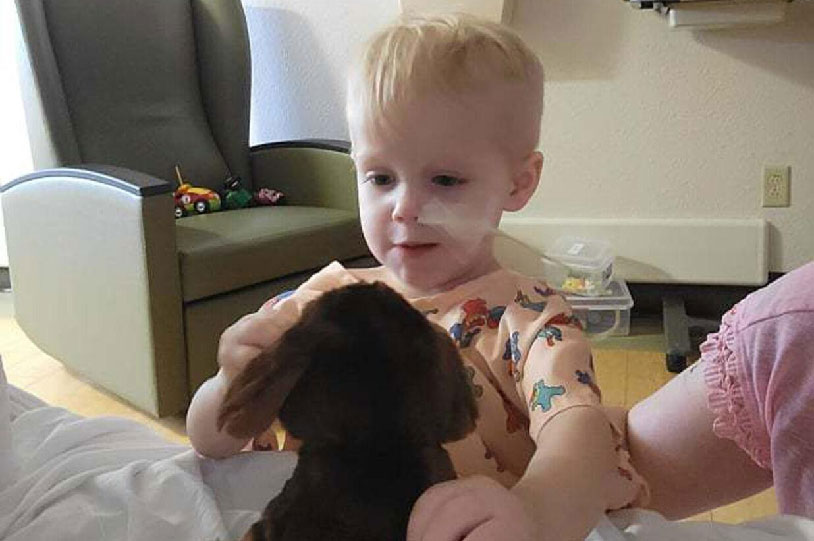 We’ve talked a lot here about the hidden danger of magnetic balls, because although they’re fun and engaging to play with they can also wreak havoc with the inside of the body. Sadly, we have another tale to share about a Florida toddler who swallowed a few and got sent to the hospital.

Konin Arrington found the magnetic balls after one of his older siblings brought them home from school earlier in the year. When his parents found the toddler playing with the balls, they smartly recognized the danger and threw them away before anything bad could happen. Unfortunately, they didn’t realize that he had already swallowed some.

He started complaining that his stomach hurt, so Konin’s parents made an appointment with his pediatrician. When the pain intensified, though, they took the toddler to the emergency room just in case it was something serious like appendicitis. An X-ray showed that he had swallowed sixteen of the magnetic orbs that linked together inside him, creating perforations from his stomach to his colon.

“We got rushed from our local hospital to Arnold Palmer (Hospital for Children),” his mother said. “He got the surgery done and they took out almost three feet of his small intestine. He also had to get the holes in his stomach repaired, holes in his large intestine repaired, and a part near his colon repaired as well.”

The Consumer Product Safety Commission has said that there were an estimated 4,500 incidents of magnet ingestion treated in US hospital emergency departments from 2009 to 2018.