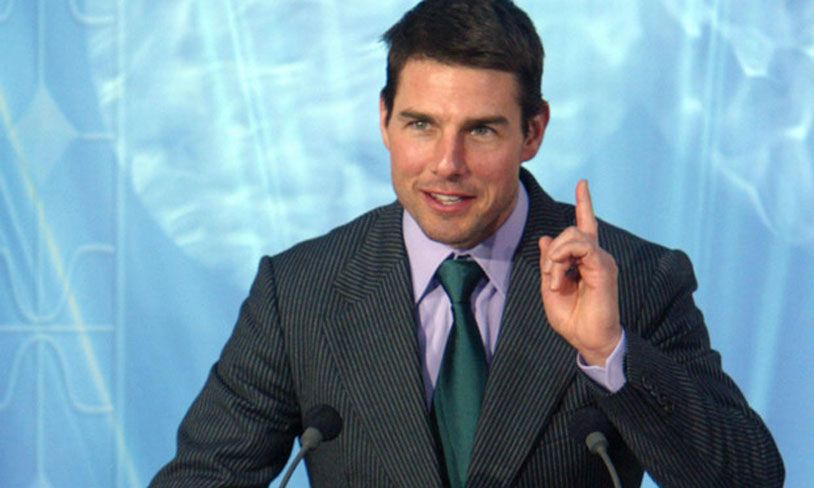 This is, without a doubt, the weirdest story we will ever post on this website. It’s going to take us a few days to recover. Read on – it’s got it all.

So the thing with modern-day religions like the Church of Scientology is that they’re kind of making it up as they go along. Sure, they’ve got the absolutely bonkers books of L. Ron Hubbard as source material, but when it comes time to celebrate a Church milestone – like, say, the 25th anniversary of Tom Cruise joining up – they can celebrate however they see fit.

In this case, they’re celebrating by putting a shroud of his completely nude body on display in a special church in Florida.

Cruise joined the Church of Scientology in 1990, under the urging of his first wife Mimi Rogers. The two of them split, but he found the organization to be an incredible asset to his career. The same was true the other way – the actor’s A-list celebrity was an incredible recruiting tool. Over the next few decades, Tom Cruise became for better or worse the public face of Scientology.

So it’s only natural that they’d want to make a funeral sheath with his fully nude body on it and display it to the public, right? This thing measures 14 feet by 3 feet and is printed on both sides with an image of the actor’s physical form.

Daniel Edwards, the artist of the shroud, was quoted as saying “It exists as a document of Tom Cruise’s faith in Scientology – a photo negative of the radiance of his soul. It gives evidence for future generations that Tom Cruise not only belonged to Scientology, but saved it from obscurity.”

We’re going to introduce this next bit by saying that no, we have never actually seen Tom Cruise naked and have no idea how big his balls actually are. Here’s what the shroud looks like, in all of its bizarre glory. 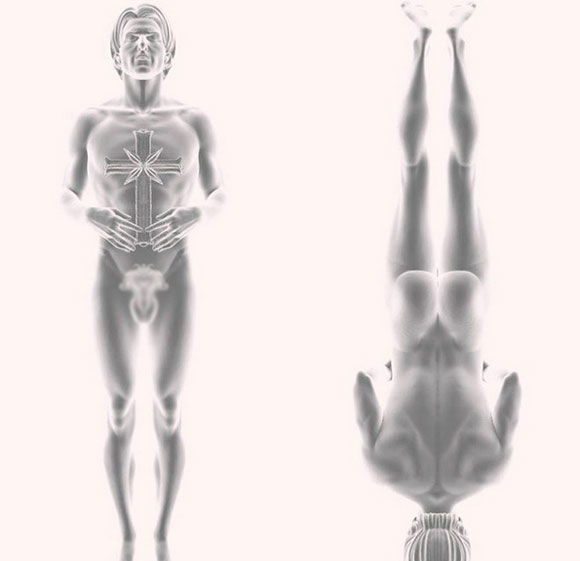 Take a second to look at those balls. Those puppies are huge. Do you think that the Church amped up the star’s nut size to make him feel more masculine, or does Tom Cruise really have an elephant’s testicles?