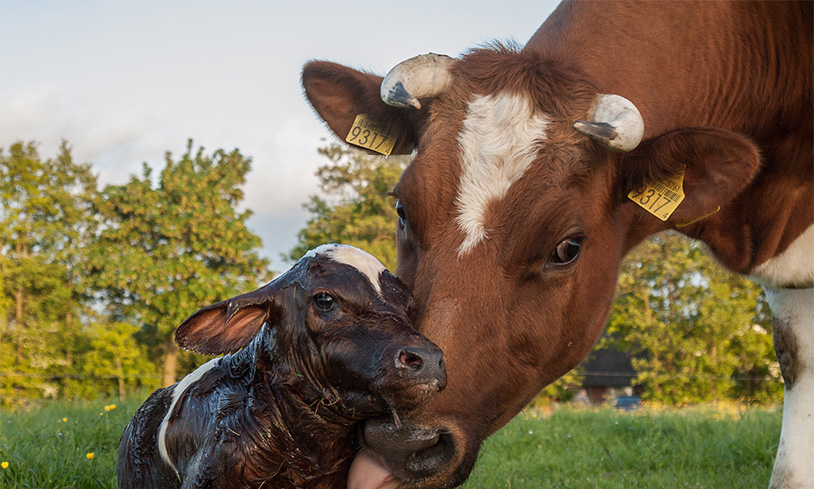 Family is a funny thing. The ties that bind us are often not what we expect them to be, and our relationships can be tested by unexpected circumstances. We’re a sucker for a good essay around these parts, and one of the most unpredictably touching ones we’ve read recently is about a girl and her father, the master of calf castration.

We all know the reputation bulls have for being aggressive, and that attitude comes from the great spurts of testosterone manufactured in their gargantuan nutsacks. Castration is the only way to ensure that baby boy cows don’t beat the crap out of each other and grow up into sturdy, heavy steak providers. Nikki Wiart grew up on a cattle ranch in Alberta, Canada and would follow her father around with a bucket, catching the testicles as they were sheared from the calves.

Wiart starts her story with “Modern methods have replaced this grisly springtime ritual on most big farms, but nothing makes me more nostalgic for home than the thought of gathering bloody bovine nutsacks on a warm June day,” and we were captivated from the beginning.

The balls were caught to be cooked over an open fire, a famous Western delicacy. If you’re looking for a fascinating story of father-daughter bonding, as well as a lament for an era of farming and ranching that is in decline, spend some time with this one. You won’t regret it.

Read the whole thing at narrative.ly.