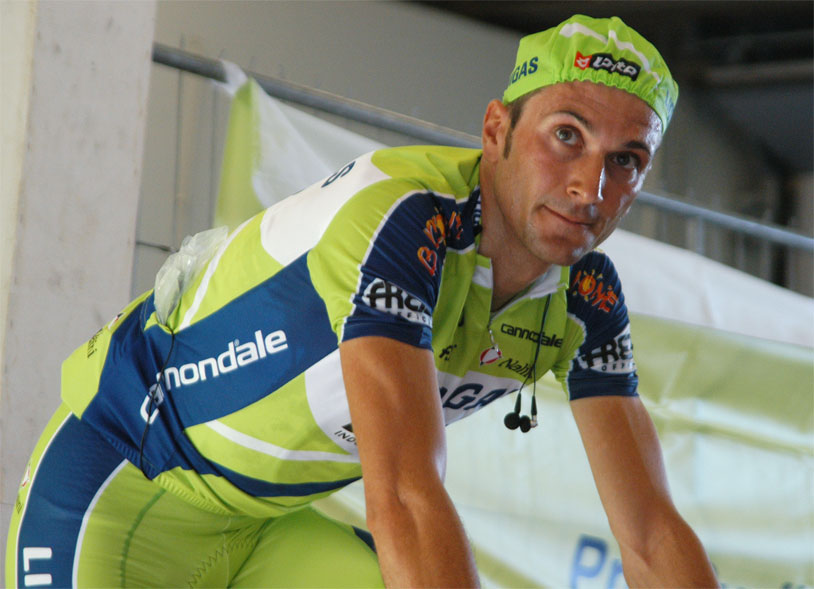 We have mixed emotions about what’s happening to Tour de France rider Ivan Basso. We’re never happy when somebody is diagnosed with testicular cancer, but kudos to him for catching it early. The story of how it happened, however, is pretty amazing.

Let’s talk a little bit about Ivan Basso for a bit. The Italian rider is considered one of the best mountain bikers of the 21st century, winning the Giro d’Italia twice. He currently rides for UCI Tinkoff-Saxo. Like Lance Armstrong, he’s also had a struggle with performance enhancing drugs, admitting to getting blood-based treatments in Spain. And now, like Lance Armstrong, he has to deal with testicular cancer.

Basso was set to be a key support rider in the mountain stages starting today, but he shocked his country when he suddenly pulled out of competition. During the fifth stage of the race, Basso had a small crash in which he jammed his groin against the saddle of his bicycle. He noticed some pain in one of his testicles, but wrote it off because of the accident. When the pain didn’t recede after a few days, Basso’s doctor recommended a trip to the hospital.

Once there, specialists discovered that Basso had a small tumor in his left testicle and recommended that he seek treatment immediately. It’s ironic that Basso would be stricken with the same diagnosis as Lance Armstrong, one of his all-time rivals. As we all know, early detection and treatment is key in ensuring that testicular tumors don’t grow and metastasize. Although our condolences go out to his team in the Tour, we’re sure that Basso will be back to full strength soon.

Some pundits are already speculating that there may be a link between long-distance cycling and testicular cancer, but so far nothing is proven, so don’t freak out.