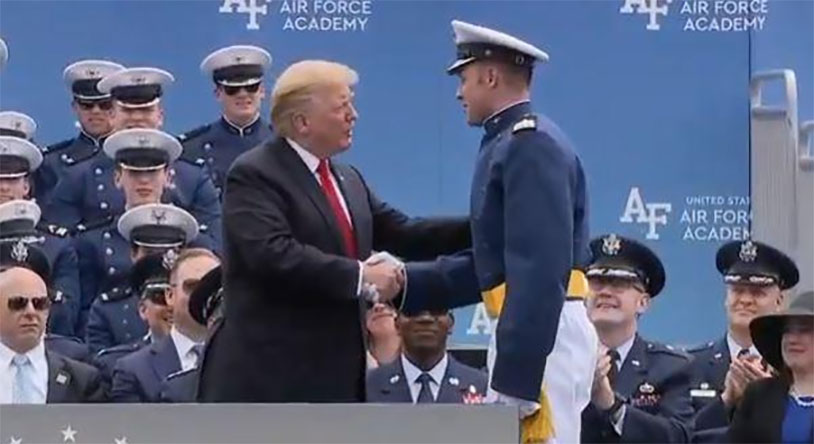 We don’t get into politics that much on here, because we don’t want anything to distract from the hard work of making men aware of their balls. But when President Trump does something to pay tribute to a brave survivor of testicular cancer, we’re going to talk about it. While giving the commencement speech at the Air Force Academy a little while ago, he brought up a pair of notable cadets on stage.

One was Nick Ready, the winner the 2018 College Baseball Home Run Derby. That’s pretty cool! But the other one was Parker Hammond, who is much more relevant to our interests here at the Ball Report. In May of 2018, Hammond was graduated with stage three testicular cancer, and he shared his chemotherapy experience and recovery with his class and the world. He’s now officially cancer-free and ready to continue with his military career.

In his speech, Trump said “And like one family, you have all been pulling for one of your classmates who has bravely fought his battle with cancer. Today, Parker Hammond graduates as a munitions and missiles maintenance officer along with the class that has stood with him every step of the way.”