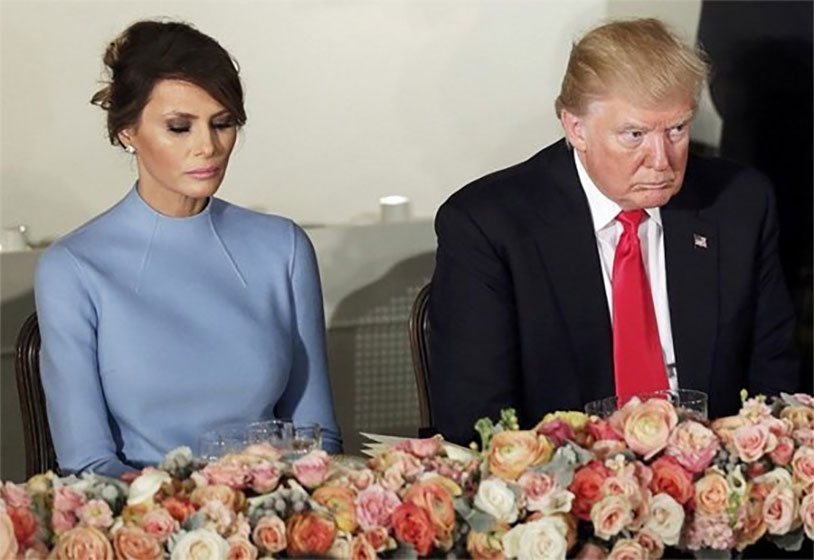 No, we’re not getting political on this site. We’re balls-only, no matter who you voted for. But one of the biggest ball-related events on the calendar just happened and we would be remiss if we didn’t say a few words about it. The Inaugural Ball is the gala that fetes the new President into office, and they’re typically star-studded affairs, often occurring all over Washington D.C, that draw the world’s greatest entertainers. Obama went to ten of them when he first took office, enjoying performances by Jay-Z, Beyonce and others before retiring to a private afterparty at the White House attended by close family and friends.

Donald Trump’s inaugural ball was… a little different. First off, it started at 7PM so the new President could get to bed early. After a flurry of tweets from the President-Elect claiming that he didn’t care about the laundry list of entertainers that refused to play it, the music at the three balls Trump and his wife Melania went to was provided by 70s crooner Tony Orlando, as well as Sam Moore, Silhouettes, The Rockettes, Pelican 212, The Piano Guys, Circus 1903, Cache Olson, Lexi Walker and Erin Boheme.

Do any of those names sound familiar, besides the Radio City Rockettes? Probably not, right? Sam Moore was half of legendary R&B group Sam & Dave, but Dave died. Circus 1903 is a puppet thing. Erin Boheme is a young jazz singer from Wisconsin, truly the jazziest of American states. You get the idea.

The most perplexing entertainment of the evening came from “Pelican 212,” a group of kids who played a crowd-friendly oldies set at the Freedom Ball, including a take on James Brown’s “I Feel Good” that had the Godfather of Soul spinning in his grave.

Trump’s inaugural balls resembled nothing more than a mid-season episode of America’s Got Talent, and our new President scowled through them like a Boglin before taking the weekend off. We’ll see if he makes America great again, but based on this lineup we’re a little scared to see his Spotify playlists.