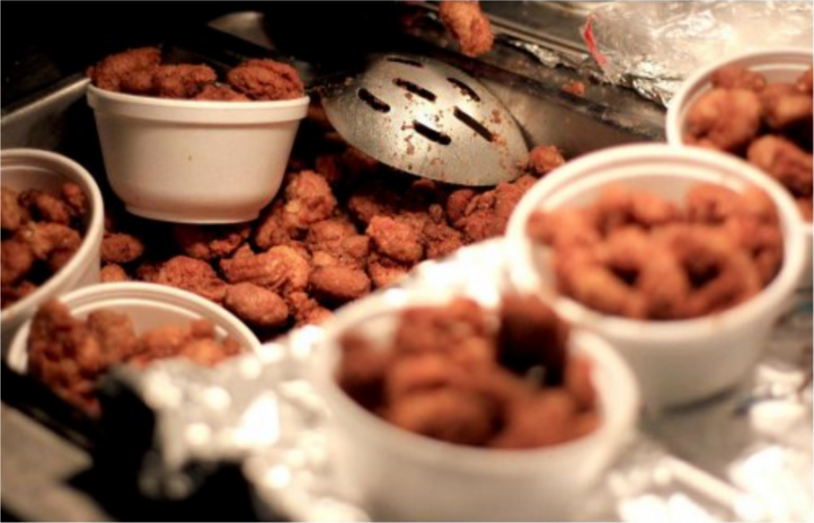 Leftovers…normally kind of a drag, but when it comes to Thanksgiving, they are perhaps even better than the actual meal itself. That’s saying quite a lot, since Thanksgiving in its many forms is a top-notch holiday, but it happens to be hella true. Nothing beats some cold green bean casserole or a turkey cranberry sandwich (especially if you didn’t do the cooking in the first place).

If, on the other hand, you’re one of the fine folks of the world who is not totally divorced from the food chain in the way that most of us mega-mart shoppers are, and you’ve sourced your turkey as locally as possible, you may be wrangling with a very different leftover problem on Friday morning. What on Earth should you be doing with the turkey testicles? As the Northwest Herald reports, you’re not alone:

“It’s just become tradition,” said J.R. Westberg, who co-owns Parkside with Jeff Lovell. “I’ve had people here from Australia, Japan, all over the world. … I think it started with students coming home from college about 10 to 15 years ago, and it’s continually progressed since then.”

Along with serving up about 1,200 pounds of turkey testicles – yes, they’re exactly what they sound like – Parkside will host performances by three popular bands, 7th Heaven, Modern Day Romeos and Sixteen Candles, and is offering a new Platinum Pass this year.

So, it seems you’d be deep frying them, if you happened to be in Huntley, Illinois yesterday for the 33rd Annual Turkey Testicle Festival. Since you most likely were not, statistically speaking, you’ll have to make plans for next year. Bring your own Sriracha too, while you’re at it, because there was more than a half-ton of these things prepped for your consumption in 2015, and 2016 will only bring on more tasty, crispy, deep fried balls!