Two I’m A Celebrity Contestants Passed Balls With Their Mouths 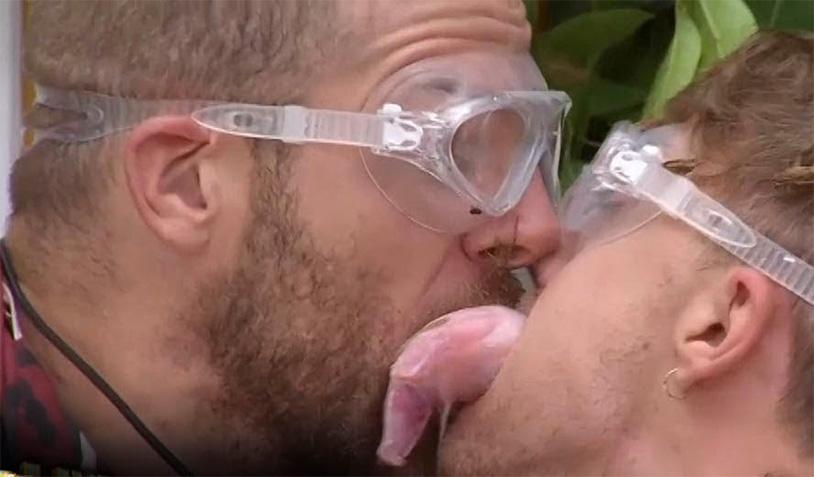 I’m A Celebrity, Get Me Out Of Here didn’t last terribly long in the United States, but for one reason or another British audiences really seem to love watching their stars suffer out in the jungle. In the UK, the show is on its 19th season, which is pretty flabbergasting. Some of the contestants on this latest go-round include reality TV star Caitlyn Jenner, presenter Adele Roberts, rugby player James Haskell and radio host Roman Kemp. It’s those last two that we’re interested in here, as they did a little balls work on TV that had people talking.

The bit was the show’s famous Bushtucker Trial, in which the contestants typically have to ingest some revolting native foodstuff without retching. This one took I’m A Celebrity, Get Me Out Of Here contestants to a whole new level. Inspired by fellow British reality hit Love Island‘s “suck and blow” challenge, it tasked Haskell and Kemp with passing raw pig testicles to each other using only their mouths.

If you’re cringing in revulsion at the thought, you’re not alone. Their fellow contestants and viewers at home were all equally scandalized by the disgusting duty. If you missed it, rejoice – we have video of the whole sordid affair right here.

Oh, did we forgot to mention that the pig organs were covered in bugs? We might have forgotten. Sorry about that.