Tyler Austin Teams With Us For A Testicular Cancer Shirt 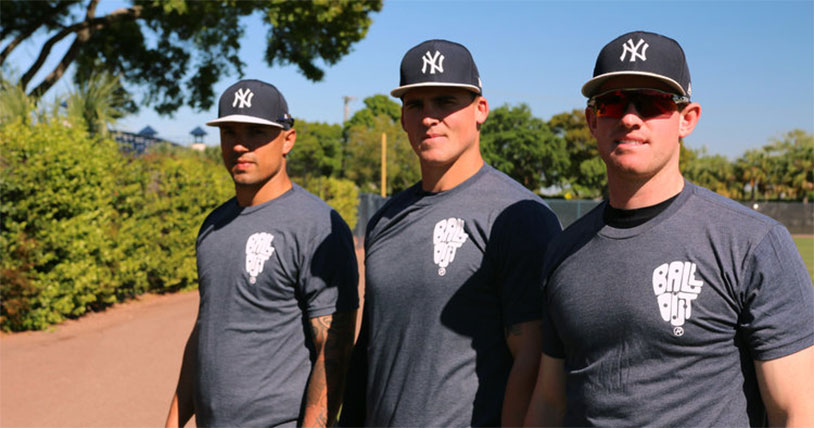 Testicular cancer is what we’re here to fight at the Ball Report, but we obviously have a soft spot for sports. The Sean Kimerling Testicular Cancer Foundation is named after a sportscaster taken from us too soon by the disease, and now Yankees first baseman Tyler Austin is joining the fight.

Austin, 26, was diagnosed with testicular cancer at the age of 17 and was one of the lucky ones. As a senior at Heritage High School in Conyers, Georgia, he noticed some pain in his groin. He told his parents, who rushed him to the hospital where he received the diagnosis. Treatment was successful, but it left a desire in his heart to help others.

Tyler Austin has created a limited edition T-shirt to benefit the Sean Kimerling Testicular Cancer Foundation. Titled “Ball Out,” it features a slogan shaped like an athletic cup to remind men to check ’em on the regular and report anything unusual to their doctor.

The New York Post has more on Austin’s crusade. Only 1,000 of the shirts will be made, so we don’t expect them to last long.

Read more and get the limited edition shirt at the Sean Kimerling Testicular Cancer Foundation.