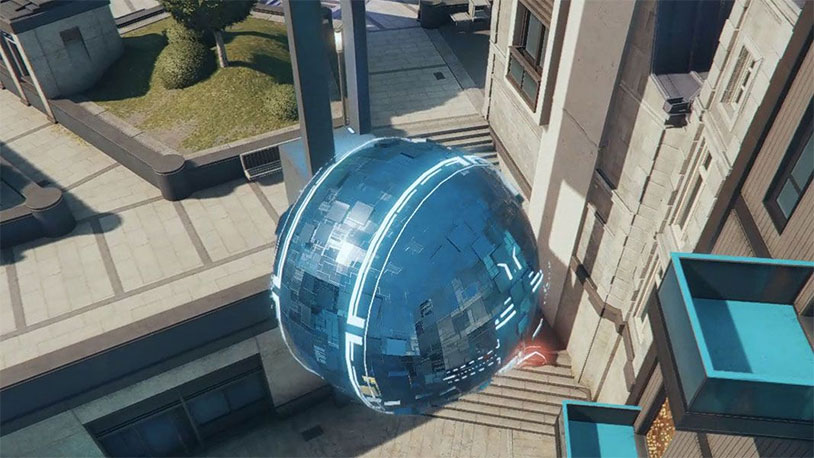 The battle royale genre doesn’t seem to be slowing down anytime soon, with Fortnite still a massive hit and many other franchises nipping at its heels. Ubisoft is finally getting into the game with Hyper Scape, which dropped into open beta last week. In the game, you take over a player of a fictional future sport called Crown Rush, tasked with eliminating the opposition within steadily-shrinking borders. The titular Crown is an item that appears when the boundaries are at their smallest, and holding it for 45 seconds automatically results in a win.

As you’d expect from a battle royale game, Hyper Scape has plenty of weapons to play around with, but even more interesting are the Hacks, which let you manipulate the world in different ways. Some of these are fairly conventional – a circle that lets you heal allies, or a big area-of-effect attack. But the one that caught our eye lets you envelop your body in a massive, indestructible ball that can roll over enemies and bounce high into the air.

It’s pretty fun stuff, and initial impressions call it out as one of the most memorable parts of the game. It remains to be seen whether Hyper Scape will have what it takes to stand out in the already-overcrowded genre, but we’re all for developers getting ballsy and innovative.