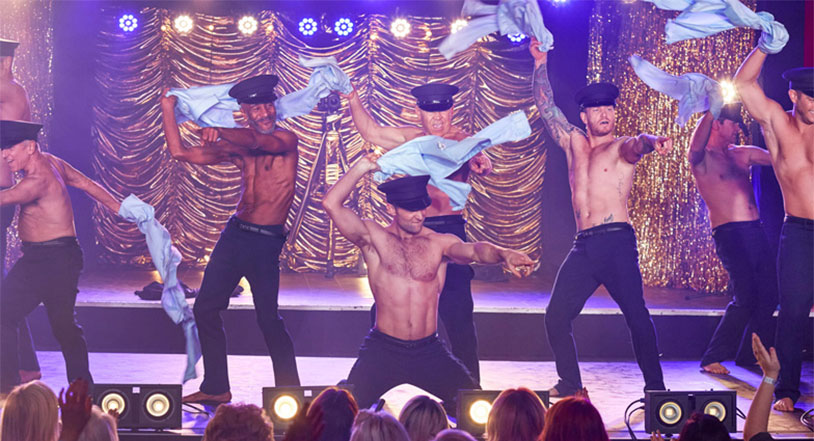 We’re big fans of people setting their inhibitions aside to raise awareness of testicular cancer – it’s sort of the whole mission of the Ball Report – so join us in applause for a group of UK celebrities who are doffing their duds for the cause.

The Only Way Is Essex star Elliot Wright and Emmerdale actor Matthew Wolfenden join Harry Judd of McFly, Wayne Sleep, Mark Foster, Dom Littlewood and Danny John Jules in The Real Full Monty, a charity strip show based on the smash hit movie from 1997. The boys will be performing a strip routine choreographed by Diversity’s Ashley Banjo and they’re promising to get fully nude for the cause.

Host Alexander Armstrong had words about the charitable reason behind the nudity. “We are using this film to raise awareness of men’s cancer prostate and testicular, encouraging guys to check themselves and look out for their friends and act on symptoms if they have them.” Damn right. Prostate cancer is the second most common cancer in men, while testicular cancer is the most common in young men. Both can be treated if detected early, but you have to do the work and look for the signs.

The Real Full Monty airs at 8:30 PM tonight in ITV in the UK. Read more at Gay Times.