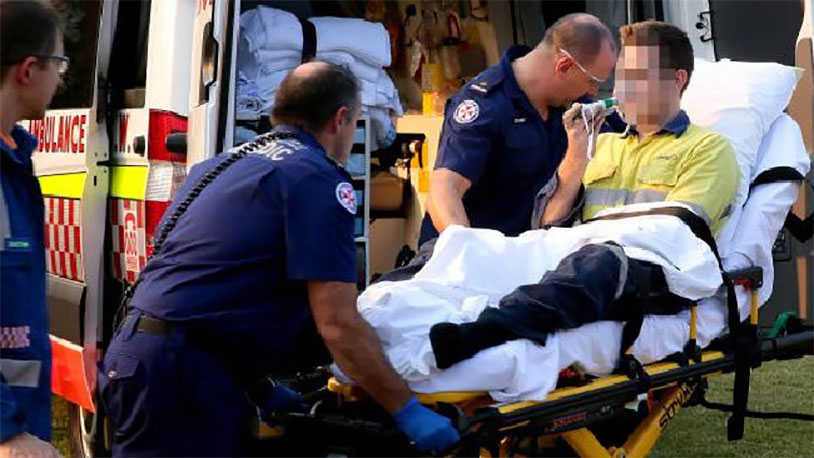 If there’s one rule that we live by, it’s keeping our balls in our pants when we’re using power tools. Sadly, a young man in Australia didn’t put safety first and ended up with his scrotum caught in an electrical grinder. The unnamed 19 year old was working on a project in his St Clair, Sydney home on Friday, May 6th when something went wrong.

He called emergency services, who rushed to his house and discovered that the man had somehow managed to get his scrotum caught in an electrical grinder. These grinders are typically used to cut, debride and polish surfaces and feature a spinning wheel that rotates an abrasive disc. Somehow (it’s not quite sure how), the handyman managed to get his nuts too close to that wheel and they sucked them in.

News.com has the details on the horrific accident. Details are a little thin out of respect for the man’s privacy, but let’s learn a valuable lesson from this one. Make sure your workspace is safe and your balls are in your pants before you use any power tools.

When emergency services arrived, the man was conscious and in stable condition, so hopefully the damage to his testicles wasn’t that extreme. If he ever wants to speak out about his ordeal, he should get in touch.