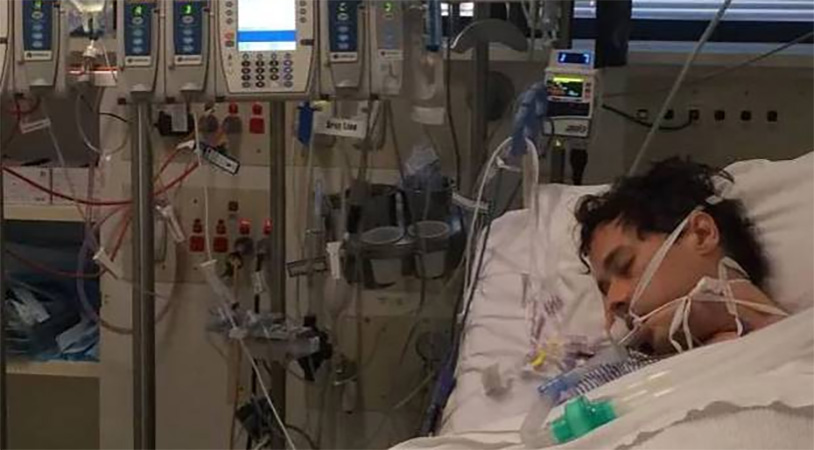 The one piece of advice we try to give readers of the Ball Report is this: if you notice anything in your groin area, no matter how small or insignificant it might seem, go to the doctor and get it checked out. The life you save could be your own. One Australian man didn’t do that, and his testicular cancer ended up spreading so far throughout his body that it produced a nearly eight inch long tumor in his abdomen the size of a milk bottle.

It started when Daniel Bryant noticed that one of his balls was suddenly bigger than the other. We know that’s one of the most notable early warning signs for testicular cancer, but Daniel didn’t. In a few months, he was suffering from agonizing pain in his gonads. It was so bad he couldn’t sleep. So he went to the hospital for a CAT scan, which revealed testicular cancer.

Daniel had one of his testicles removed and went through months of chemotherapy. But when doctors scanned again to check out the results, they found the eight inch long tumor, setting him off on another awful medical journey.

The cancer spread to his lymph nodes, lungs and neck. Even worse, the first surgery wasn’t able to remove the entire mass because it had wrapped around too many blood vessels. He was told he had six months to live and placed in hospice care.

Daniel didn’t give up, though, and traveled to the Peter MacCallum Cancer Centre in Melbourne with his parents. A surgeon there agreed to take another crack at the mass, and this time it took. Daniel had eight surgeries in total, spending over 100 nights in the hospital, but after two years he’s finally well enough to go back to work.