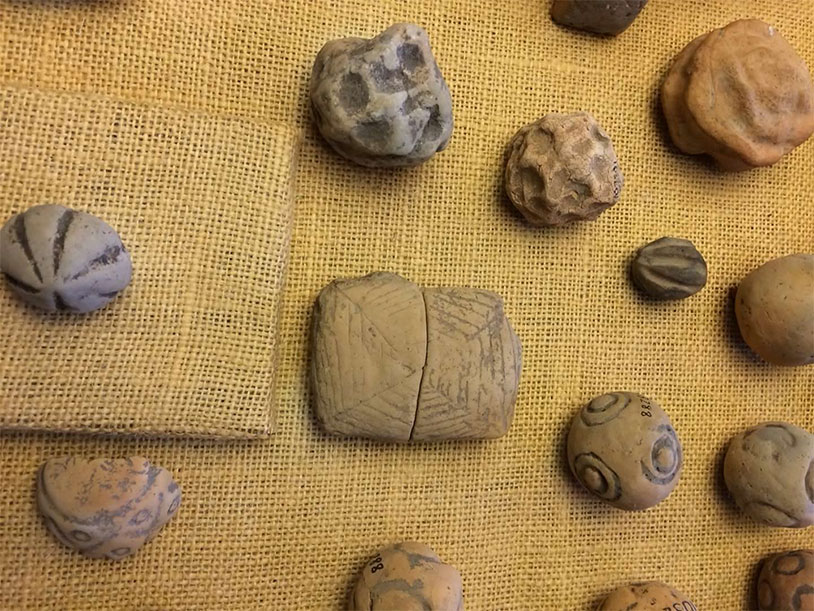 Echoes of the past are all around us, and some of the latest have been found in Louisiana. Excavators at the Poverty Point World Heritage Site north of New Orleans have discovered a strange group of artifacts. Apparently the denizens of the area were really into making ornate, decorated little balls of hard-baked mud.

Many of the baked mud objects found at the Poverty Point site boasted what archaeologists consider functional use, most notably for cooking. But these new artifacts are different – they’re covered in abstract geometric shapes and designs that are appealing to the eye. These shapes look like the sun, lotus roots, spider webs and other natural objects, rendered in a highly stylized fashion.

One official at the site commented “The forms are generally pretty abstract, so the meaning of the shapes is unknown. Even so, patterns have emerged because some of the forms are repeated.” Even more interesting, some of them are not made from soil native to the area.

The Louisiana site is notable because it is believed to have once been the largest single collective of Native Americans on the continent during a period between 1700 and 1100 B.C. The site is characterized by a series of manmade mounds and ridges that are believed to have taken millions of hours to build.

Read more at the Bellingham Herald.