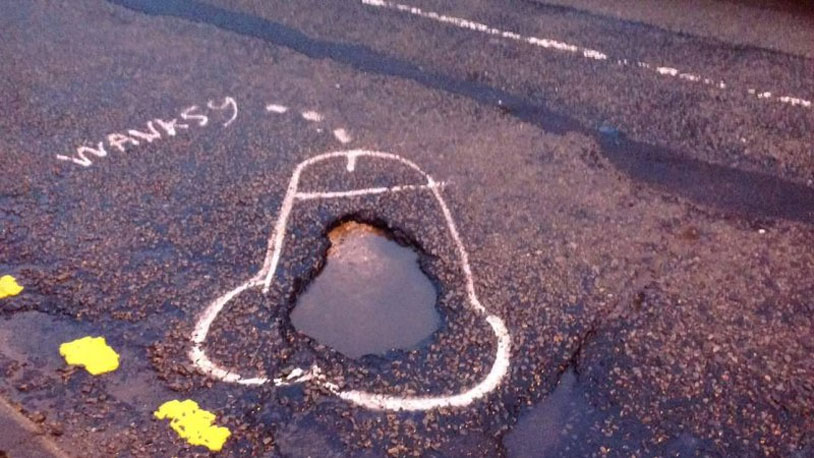 There’s nothing worse than driving over a pothole and feeling your precious car lurch as it rights itself. And many cities simply don’t have the resources to fix every single divot in their roads. A Manchester, UK artist and activist who calls himself “Wanksy,” however, doesn’t take those excuses. He’s been using spraypaint and obscenity to encourage roads to be fixed.

His crusade started when some bicyclist friends of his were waylaid by road holes and injured. While they’re rough on a car, potholes are even nastier for bicycles. Even worse, the holes weren’t getting fixed after being open for weeks.

Wanksy’s M.O. is simple: he uses white spray-paint to highlight potholes with a crude penis and testicles, hoping to draw the attention of drivers and bicyclists and encourage them to report them to the authorities. Local government isn’t too happy about his technique, complaining that cleaning off the spray paint eats up valuable resources (despite the fact that the artist uses temporary paint that washes away in two weeks). Wanksy himself stands by his methodology, claiming that potholes that had been open for years were repaired within days of him tagging them.