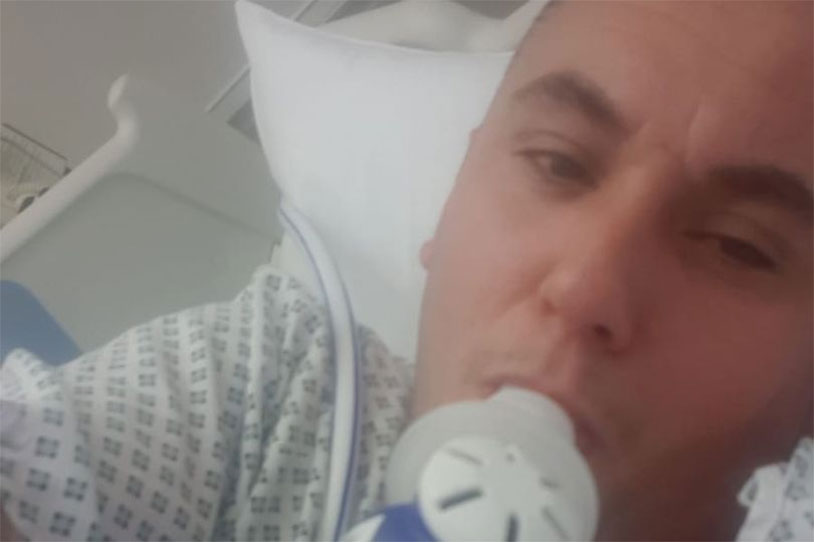 People will argue that getting your nicotine fix from a vape pen is better than a cigarette because removing combustion from the equation reduces the risk of lung cancer and other accidents. But these devices are still new to the market and not particularly safe, as one unlucky guy discovered.

Father of three Darren Wilson from Kirkby was carrying his vape pen in his pocket, like millions of people do, when something went wrong in the device and it exploded, dousing his groin with scalding hot e-juice. The explosion also released acid from the e-cigarette’s battery, causing increased damage. He was quickly rushed to the hospital where the explosion area was cleaned and skin from his buttocks was grafted on.

The father of three, who owns gas fitting company DD Wilson, is expected to be in the hospital for another two weeks at minimum, and told the press that he’s in constant pain from the accident. He’d only been using the device for six months as he tried to quit smoking cigarettes, and it’s uncertain what caused the failure.

Read more at the Liverpool Echo. Here’s a warning: the pictures of his injury at this link are pretty gruesome, so don’t click if you’re eating lunch.