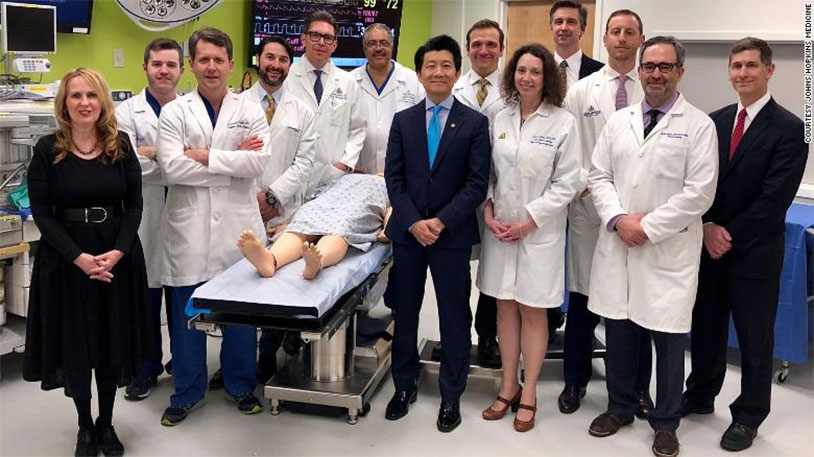 The sacrifices that our men and women in uniform make to keep our country safe are myriad and horrible, and medical science can’t set all of them right. However, one wounded veteran was the recipient of a procedure that’s on the cutting edge as he received the world’s first penis and scrotum transplant at Johns Hopkins University this week.

The subject is a serviceman who sustained injuries to his lower pelvis, lower abdominal wall and lower extremities in an improvised explosive device blast while serving in Afghanistan. His penis and testicles were both rendered beyond repair, and it took nine plastic surgeons and two urological surgeons to graft the man-meat and ballsack from a cadaver to the patient.

“While extremity amputations are visible and resultant disability obvious, some war injuries are hidden and their impact not widely appreciated by others,” said Dr. W.P. Andrew Lee, chairman of the Department of Plastic and Reconstructive Surgery at Johns Hopkins University. “Genitourinary injury, where the male service members’ external genitalia are lost or severely damaged, is one such ‘unspoken injury of war.’ ”

Not only is this a great thing to happen to the serviceman for his quality of life, but it also blazes a trail for future operations of the same sort for men who have lost their sexual function.