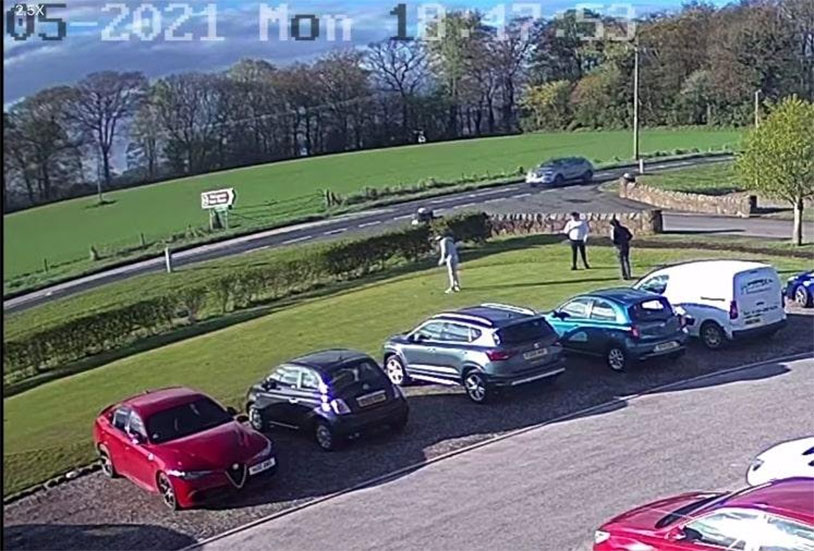 Teenage mischief is a fact of life, but when you blow off steam by hitting golf balls into parked cars, you should probably make sure that there aren’t any video cameras capturing your escapades. Three juvenile delinquents were filmed doing exactly that at a driving range in Scotland, and they’re on the hook for charges after smashing out the window of a fancy Alfa Romeo.

The incident happened last Monday at the Wellsgreen Golf Range on Standing Stane Road in Leven, Fife. At some point between 5:30 and 7:00 PM, a trio of yobs lined up on the putting green with their clubs and balls and, instead of working on their short game, started smashing balls at full force right into the nearby parking lot. Their barrage flew into a number of cars, including the Alfa Romeo. The course promptly posted a video of the boys on their Facebook page.

As they said unfortunately the license plate for their white van was not readable by the cameras, so the driving range is looking to the public to try and identify the culprits. Police are also looking into the matter, but at press time no suspects have been identified.

Read more at The Scotsman.