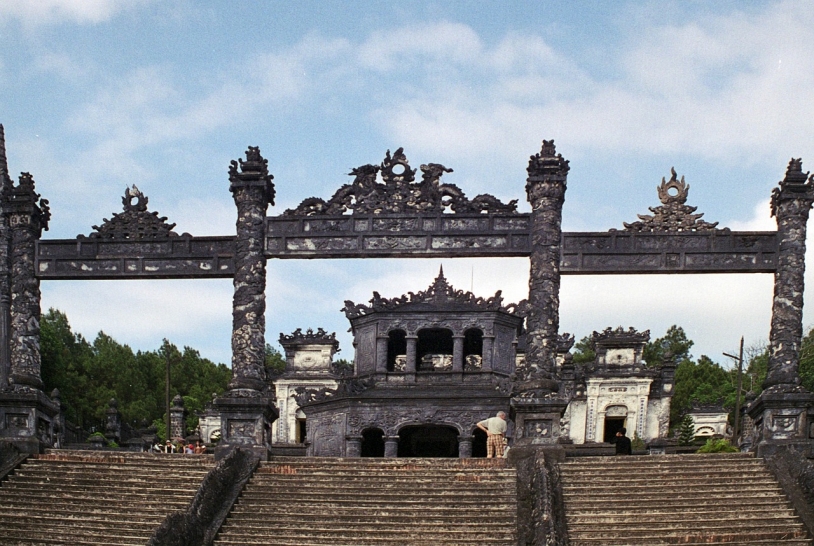 We have not yet met our monthly quota for Mel Brooks Space Balls references, so lucky for us, some crap fell out of the sky in Vietnam this week.

Local reporters for Thanhnien News say that not one, not two, but three space balls fell into different north Vietnamese locations this past weekend. Their appearance, which you can see for yourself in the linked article—round, metallic, smoothed and formed—indicates that they are manmade.

That is to say, they are unnatural. Normally, those descriptors signal essentially the same thing, but when enormous cannonballs of unknown origin pierce our atmosphere and crater, unclaimed, onto our soil, you can’t be too sure.

Oddly enough, these otherworldly pieces of garbage are similar, but not the same size:

The spherical object (ed.which landed Tuyen Quang) measures about 80 centimeters (31.5 inches) in diameter, apparently made of some metal alloy, the witness said.
Around the same time, another metal-like ball hit a garden in Yen Bai Province, right next to Tuyen Quang, also after a thunder-like noise.
Ta Duy Chinh, a local military official, said the object measures about 27 centimeters (10.6 inches).

A Gawker commenter, of all things, is cited as a possible explanation of the space balls, having posted his theory below a story of a similar event in 2011. “For anyone wondering what it actually is, it’s likely a … hydrazine bladder tank … They’re used on unmanned rockets for satellite launches.” Sounds plausible enough to us.
Still, officials are investigating. BBC News reports that a third object was found after rolling off a roof (thankfully, it was light enough to not blast right through), and that the aircraft tank theory seems most likely.

An initial investigation by Vietnam’s defence ministry has so far determined that the objects are compressed-air tanks from an aircraft or rocket, and that – at least now they’re no longer airborne – they aren’t dangerous.

Heads up, Vietnamese readers!
Get your balls in the game! Donate to the Sean Kimerling Foundation to win the battle against testicular cancer.