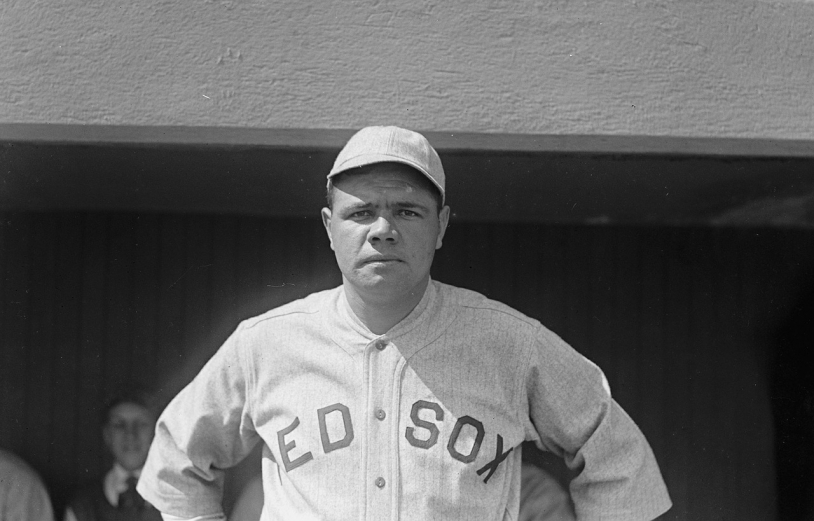 No one is quite sure why The Babe and fellow Yankee Bob Meusel stopped in Sleepy Eye, Minnesota in the fall of 1922, but an 11-year-old Len Youngman sure was glad. Youngman, now a ripe and apparently vibrant 104 (Youngman still drives a car and lives on his own), has since passed on the home run ball he caught that day, but a group of local sports history enthusiasts had believed up until now that this piece of baseball yore had been lost to the ages.

[Randy] Krzmarzick, Dean Brinkman and Scott Surprenant have studied the game for years, even gathering at the local baseball field to mark anniversaries of the local classic.

But then the email arrived from Joel Youngman telling Krzmarzick about his 104-year-old grandfather, Len Youngman, who lives by himself in Virginia, volunteers at the local hospital and still drives a car. [..]

Len Youngman grew up in Sleepy Eye and was 11 years old when Ruth and Meusel played the game with a group of local all-stars.

“Whenever I’d ask him about it or it just naturally came up, he would just talk and talk about it,” said Joel Youngman, who received Ruth’s home run ball as a teenager. The gift from his grandpa represented one of two home runs Ruth is reported to have hit that day.

Youngman says he was playing on the other side of the outfield fence with his friends when he saw the ball coming. He hadn’t thought to ask for an autograph, since at that time it would have been unlikely for anyone to have a pen handy, but did manage a photograph, one Brinkman says is “probably the most well-known photograph in Sleepy Eye history”. A signed ball could have been worth a small fortune, but finding Youngman after all these years was like discovering buried treasure for the Babe’s devoted fans.

To Youngman, though, it’s just something that happened to him. “I can’t imagine anyone coming this far, just for a damn baseball,” he said.