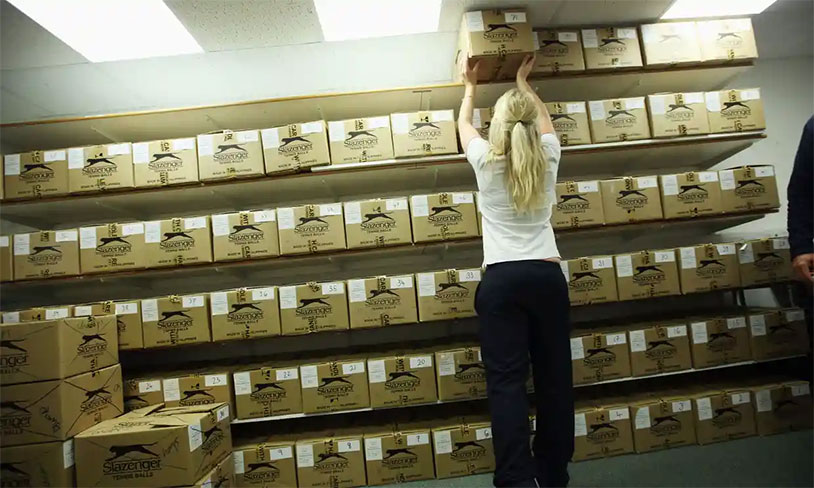 The amount of work that goes into staging a world-class sporting event is absolutely insane. All of the attention is on the field of play and the athletes facing off in high-stakes competition, but behind the scenes a massive infrastructure helps keep everything running smoothly for fans in attendance and TV cameras. The Guardian just published a fascinating piece on the Wimbledon tennis championships that let us go into some very fascinating places, such as the tunnels that criss-cross the property and the notorious “ball bunker,” where tens of thousands of temperature-controlled tennis balls wait for their chance at glory.

Wimbledon’s All England Club was founded in 1868 but has undergone significant changes since then. The current facility boasts dozens of courts in grass, clay and acrylic and most importantly the grand Centre Court, where the tournament finals are played. Getting the club’s more than 1,800 employees from place to place without disrupting the action is a tough task, so they do it underground using a network of tunnels and passages that link locations.

Also underground is the ball bunker, located dead underground Centre Court. Kept at a steady temperature of 20 degrees Celsius, the bunker holds some 50,000 balls, and each day 20 containers are delivered to each court. Six new balls are unpacked for every nine games, resulting in a constant flow that keeps things running smoothly.