Do You Want To Roll Your Own Energy Ball? 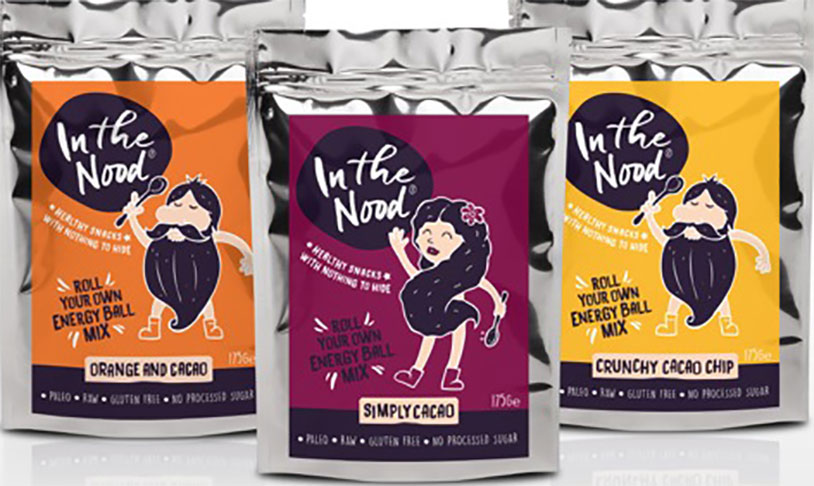 We’ve talked a lot about energy balls on this site, sharing recipes for them and spotlighting the newest on the market. But a new startup is debuting their own take on the energy ball concept that has eaters “rolling their own.” Yes, this seems like it would have been a better story for 4/20 yesterday, but we do what we must.

The company is called In The Nood, and their debut product is three different kinds of energy balls, packaged in three different flavors. Instead of pre-built balls, each pouch contains a mixture of coconut, cacao and other healthy natural ingredients. When you rip it open, it’s all in there loose, but by grabbing a handful and rolling it around in your palms, you craft it into a healthy and filling snack.

FoodBev has the press release from In The Nood, which was founded by Alex and Sam Lai. Sam was the one who came up with the idea while she was pregnant. She wanted an easy-to-prepare snack that would give her a little boost and also deliver a solid flavor profile.

Energy balls fit the bill. These potent doses of protein, healthy fat and carbs come in a variety of flavors, but are commonly made by grinding nuts, seeds, and other ingredients into a paste, then rolling and chilling to set.

Lai was previously making her energy balls the hard way, using a blender to mix ingredients before chilling them in the fridge. Sick of the prep work, she hatched an idea for a pre-mixed energy ball paste and did some market research. Seeing that it was an unexplored niche, the Lais quit their jobs and sold their house to get seed money for the business.

In The Nood’s roll-your-own energy balls are set to hit shelves this summer. You can learn more about their products at their website.