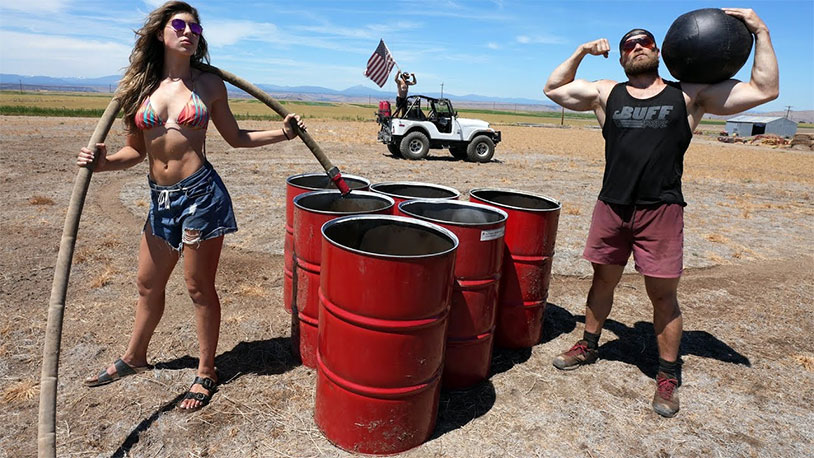 Beer pong is a classic pastime among America’s youth, but this is a version of the game that we’ve never seen before. Typically, as you know, it’s played by bouncing ping-pong balls into red Solo cups full of booze. But these bodybuilders decided to seriously amp up the challenge by using medicine balls instead.

Chucking twenty-pound orbs is a difficult task on a good day, but for bodybuilding duo Brandon and Hudson White, also known as the Buff Dudes on YouTube, it’s just par for the course. These two musclemen have gained notoriety for their innovative and ridiculous strength challenges. In their beer pong update, the Solo cups are replaced with 55 gallon drums – and thankfully they’re full of water, not beer. All the muscles in the world won’t save you from alcohol poisoning, after all.

Spaced 25 feet apart, the boys hurl the heavy balls and try to land them in the barrels. It’s like a bonus stage from a video game come to life. Check it out.

We don’t see this variant becoming popular at frat houses, but it’s definitely the biggest beer pong game we’ve ever seen. How far do you think you’d be able to throw a medicine ball?