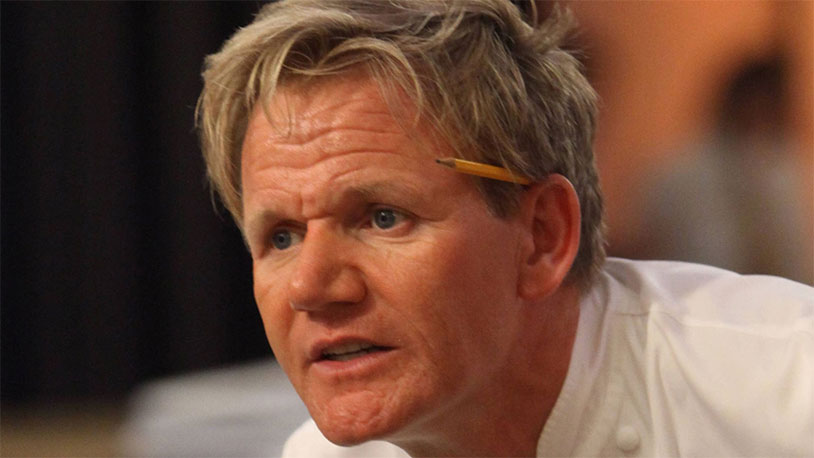 In the world of celebrity chefs, Gordon Ramsay occupies a unique niche. Unlike many TV kitchens, his isn’t a place of comfort and courtesy. Instead, the Scotland-born chef treats his subordinates with harsh ferocity. As the host of shows like Master Chef and Kitchen Nightmares, Ramsay minces no words in critiquing the myriad failures he sees. That’s why watching him eat testicles is so damned funny.

Ramsay now hosts a show in the UK called The F Word. Instead of a competition, this is a more general magazine-format show centered around food and cooking. Set at his restaurant of the same name, the general theme of each episode involves the chef preparing a meal for fifty guests, including celebrities and other interesting folks. During the process, Ramsay introduces cooking challenges and recipe demonstrations.

The most recent season focused on home-raised livestock, as Ramsay wanted to give his guests a true farm to table experience. In this clip, he tries one part of the animal that’s not often served in fancy eateries – the testicle. Using every part of the animal is a big trend culinarily, as food waste in a world growing ever more hungry is hard to justify, but we can’t see Gordon putting gonads on the menu in a big way after this particular clip.