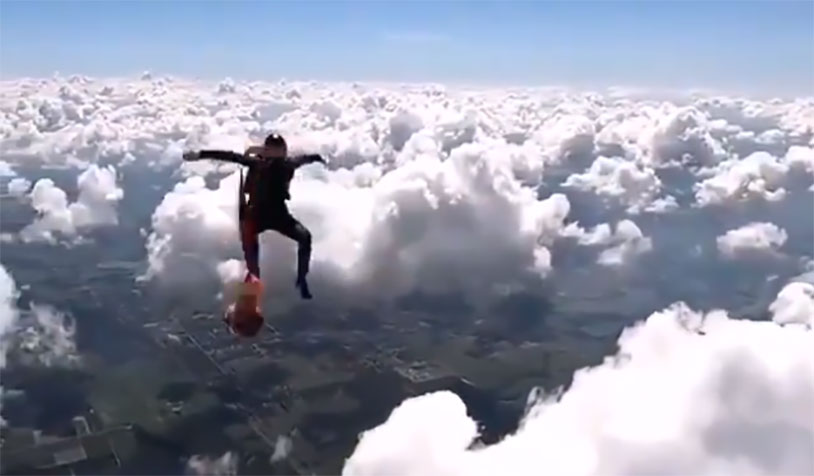 When you’re plummeting towards the Earth with only a flimsy parachute separating you from certain death by splatter, it can be hard to find time for your hobbies. That’s why this video of a pair of skydivers flaunting the laws of physics by playing catch during a jump is so fascinating. Do yourself a favor and watch it before we continue.

Pretty brilliant, right? It’s a dynamic illustration of Galileo’s experiment where he dropped two objects of different mass from the Leaning Tower of Pisa. Both gravitational force and acceleration are determined by an object’s mass, and the two values essentially cancel each other out so that any object dropped in Earth’s atmosphere falls at an acceleration of about 9.8 meters per second squared. Of course, you need to take air resistance and other factors in, but that’s a solid maxim.

The difficulty here is finding the right ball for skydivers to use for this kind of stunts. Most ordinary balls will fall too quickly, as their mass overcomes the air resistance faster than the skydivers does. That’s why they’re using a thing called a Vladiball, a

Thanks to Wired for the tip.