Watch This Soccer Goalie Practice With A Ping Pong Machine 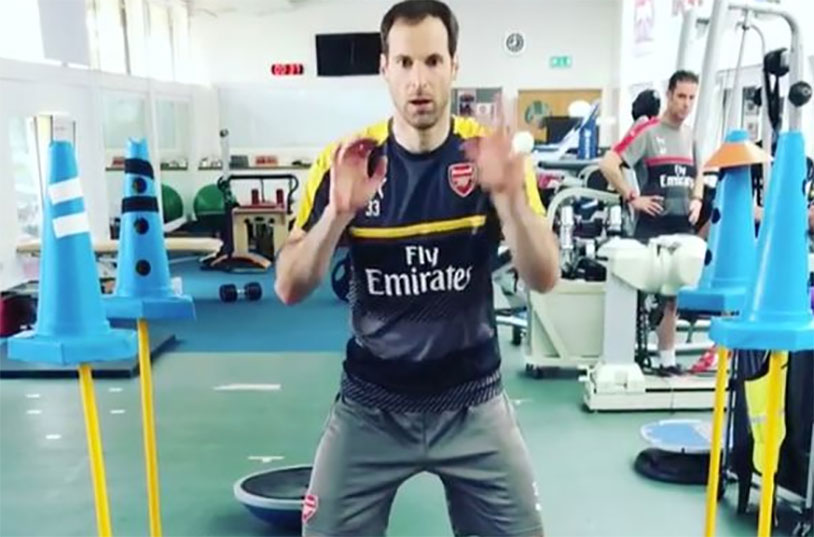 Professional soccer players are athletic marvels, capable of taking in the action on the pitch and plotting complex mathematical trajectories, then putting their bodies in position. The job of a goalie is exceptionally difficult – shots come in fast, hard, and at tricky angles. They need to process the ball’s trajectory and get themeselves in front of it in milliseconds. A training video of Arsenal goalkeeper Petr Cech shows how they train those unique skills.

Here’s the setup: Cech stands within a rectangle made of four cones, each with a number on it. His coach orders him to touch a cone and return his hands to neutral, even as a ping-pong shooting robot is blasting balls at him at a wide variety of angles and speeds. It’s an incredible drill that would test a normal man’s concentration and coordination to the limit, but the goalie handles it with incredible aplomb. You can almost see the lines being drawn in the air in front of him as he faultlessly intercepts the balls and drops them into a bucket at his feet.

Cech has long been known for his preternatural coordination – he’s also a gifted drummer – and watching him at work is a pleasure. If you’re keeping count, only one out of 31 ping-pong balls made it past his screen. Better than we could do.