Watch Testicles Get Cooked In A Weird 80s Gadget 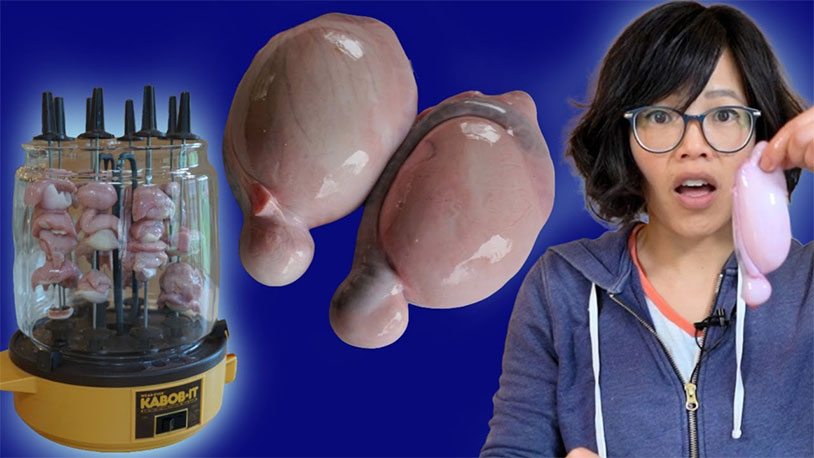 Since the dawn of humanity, cooks have been plagued by a flood of useless gimmicks in the kitchen. It seems like every few months a new gadget is unleashed to solve a need that you never knew you had. A pretty hilarious YouTube video takes a particularly bizarre one from the 1980s and puts it through its paces with the aid of a bunch of lamb testicles.

The clip comes from YouTuber emmymadeinjapan, who got ahold of a Kabob-It. Made by Wear-Ever in the late 1970s, this banana yellow device features a glass dome that encases a set of six metal skewers that rotate around an electric heating element, which cooks them as they spin. It’s based on the rotating spit used to make the classic Turkish dish of doner kebab, but you can use it for all sorts of things.

People who had the gadget in the 70s and 80s seemed to love it, claiming that cleanup was easy and the meat cooked evenly without burning or getting too dry. It certainly seems to do the job with the lamb testicles, but if you already weren’t on the balls-eating train this video probably won’t convince you. We still prefer them deep-fried.