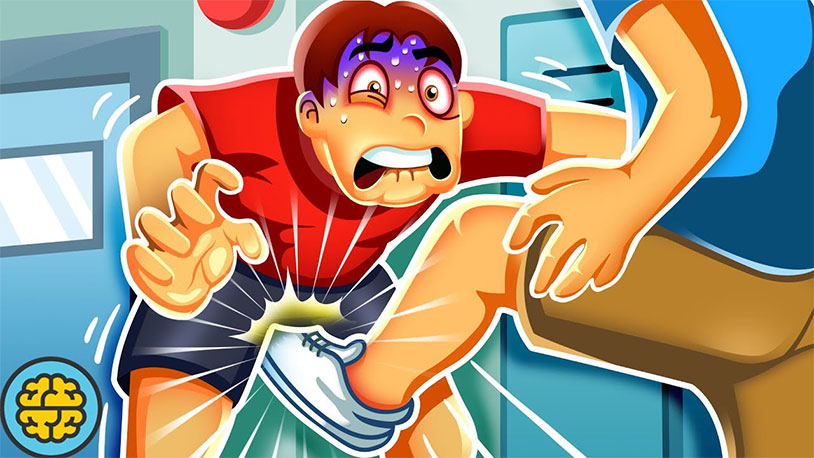 The causes of testicle pain are something we’ve delved into on multiple occasions here on the Ball Report, but this animated presentation might be the single best take on it we’ve seen. Produced by educational YouTube channel Brainiac, it dives deep into the neurological structure of the groin and exactly why it’s so sensitive.

The clip goes into exactly why the pain is so intense, as well as why it lasts for such a long time. That’s one of the more fascinating elements of this video: how a number of independent systems around your testicles work together – or fail to – to transfer impact to exactly where it shouldn’t be, starting with the thousands nerve cells in the genitals and traveling up into the abdomen. You’ll learn something, even if you don’t plan on taking any groin blows anytime soon. Have a watch.

It’s kind of amazing how taking a shot in the gonads has become such a staple of physical comedy, considering how intense and unforgettable the pain is. It might be interesting to dive into the archives to find out exactly when that became a thing – did Shakespeare write any nut slaps into his plays?