Watch This Guy Spin Ten Basketballs On His Body 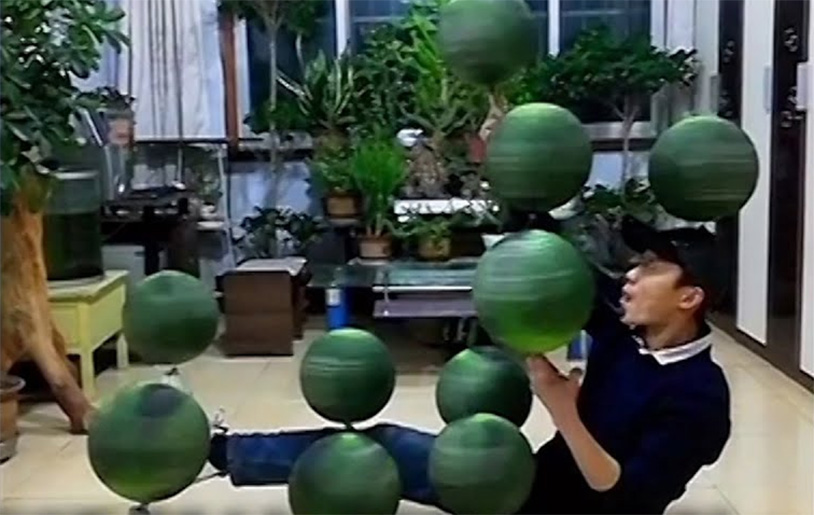 The human body is an incredible thing, and if you push it to its limits you can observe what almost seem like miracles. We’re not saying that this Chinese guy who can spin ten basketballs at once on various parts of his person is a supernatural entity or anything, but it’s pretty amazing to watch how he puts it all together.

Obviously he’s not performing a feat of this magnitude unassisted – according to the video, the 31-year-old has developed a number of hand-constructed tools that he mounts on various parts of his body to allow the balls to spin. They look like little pegs attached to his knees, toes, shoulders and elsewhere. He also has a long curved rod that he holds in his mouth to allow a ball to spin there.

Information is pretty light on the ground as to the identity of this spinning mastermind, but the video is almost hypnotic in how easily he manages to keep all of the balls moving after he applies initial momentum. We have to give him props for coming up with the idea to even do it in the first place. We doubt we’ll try it at home, but who knows – Coronavirus quarantine leads men to do strange things.