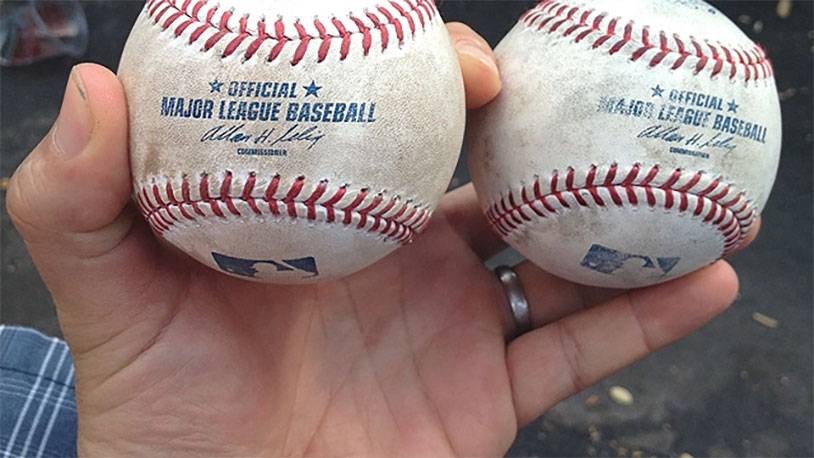 Typically in the game of baseball, only a single ball is in play at the same time. But this story that we’re about to tell isn’t typical. It takes place at a Little League game and involves a young batter swinging at not only the pitch coming from the mound but a stray foul ball from a game at an adjoining field. It’s really a one-in-a-million freak baseball accident.

Don’t know how he did it.. but he did. Foul ball came over the fence at the exact time he was swinging at his pitch.. hit both balls… crazy!💙⚾️ pic.twitter.com/fAeIJjQeF0

The video was posted on Twitter, and it’s pretty spectacular. You can clearly see the foul arcing up and over his head perfectly timed with the pitch from the mound. The batter obviously had no idea the second ball was on the way, but in a moment of pure synchronicity his bat impacts both of them in a single swing. It looks like the foul gets lofted high into the outfield, while the actual pitch takes a short bounce before flying to second.

Unfortunately for the batter, his freak accident resulted in him being caught out – an outfielder nabbed the long ball, while the other one was caught and fielded to second. Upon review, the umpire did say the next day that his call was wrong and it should have been treated as a dead ball. Pretty wild stuff though.