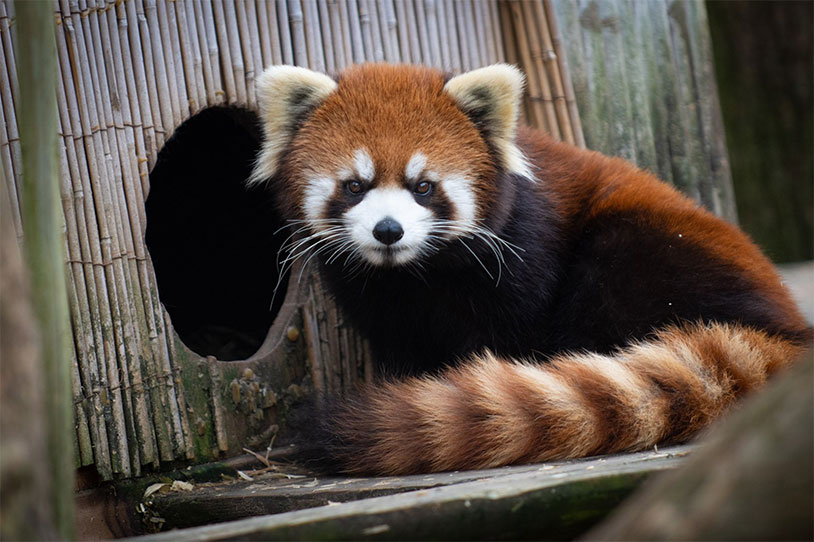 There are few animals quite as cute as the red panda. Native to southwestern China and the Himalayas, this charming omnivore is about the size of a house cat with short legs and a waddling gait. They’re largely solitary and sedentary during the day, but that doesn’t mean they don’t like to have a good time. Keepers at the Three Sisters Zoo in Scotland proved that when they filmed the reaction of their red panda Rufio to getting his very own ball pit.

The animal was brought to the zoo in May and quickly became one of their most popular attractions. He’s a charming and playful little red panda, and when his keepers realized he needed more stimulus a homemade ball pit was an obvious answer. It’s just a cardboard box filled with a couple dozen hollow plastic spheres, but Rufio was elated to have it, as you can see in the clip that the zoo shared on Facebook.

Zoo owner Brian Curran says that their next task for Rufio is to find him a mate to share his enclosure and hopefully increase the red panda population. Hopefully he’ll be OK with sharing his ball pit with her.