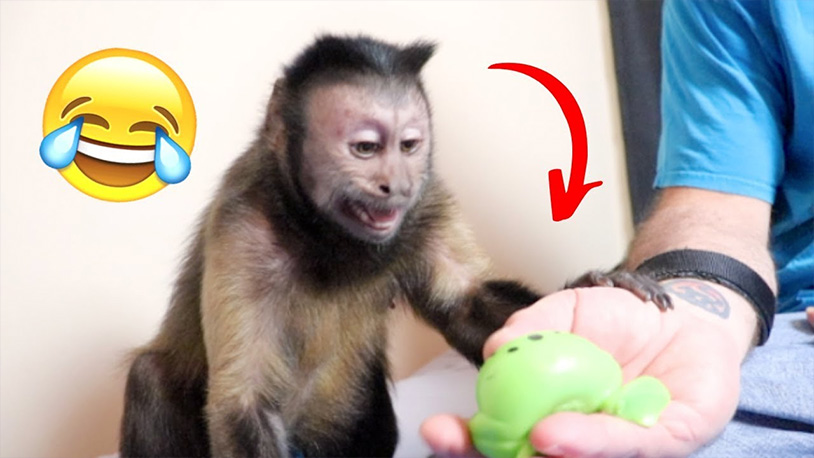 Unboxing videos are a big niche on YouTube, where vloggers purchase products (or get them sent in) and open them up for their audience. It’s not something that we personally understand, but to each their own. One thing we have to admit, though, is that we’ve never seen an unboxing video by a capuchin monkey.

The primate in question is named Monkey Boo, and he has a YouTube channel that chronicles his adventures. In this clip, Boo’s trainer presents him with two “squishy balls” that stick to walls and watches how he reacts. It’s pretty great, because you can watch his brain wrestle with how to interact with them. He’s obviously eager to open the packages, but once the balls are unleashed he’s less excited.

After his trainer shows him how the balls can stick to walls and fall off, the monkey gets the idea and pretty soon he’s smacking them onto surfaces himself. It’s neat to observe primate learning in real time, and this is a channel that we’ll be keeping an eye on in the future. Just watch the damn thing. It’s great.