We Want To Play Bazooka Ball 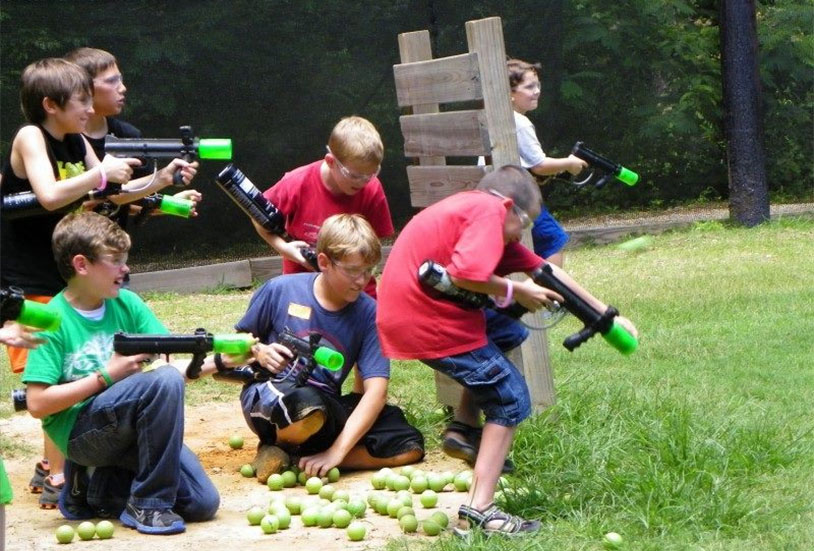 After writing about balls for nearly half a decade, sometimes we get a little complacent and think that we’ve seen it all. And then somebody just blows our minds. In this case, it’s the enterprising members of the Chi Alpha fraternity at Southeast Missouri State University, who just introduced us to Bazooka Ball.

On August 31, the group held their annual campus ministry event, which in less coronavirus-plagued times drew throngs of curious students for fun and games. This year, attendance was diminished but the kids still managed to keep things hopping with a new team sport.

Bazooka ball is played in two teams of four. Each player is outfitted with protective goggles and an air cannon, which they load up with soft foam balls. When the game starts, players must attempt to blast their opponents while dodging shots themselves. It’s a bit like dodgeball, but instead of hard rubber balls that can fly as fast as your arm can throw them, players have to wrestle with reloading the cumbersome cannons in the heat of play.

From what we can see from the event, it looks like a hell of a lot of fun. The student body seemed to agree.

“I think it’s a great way to meet new people,” freshman Sam Knutson said afterwards. “I’ve done some events with [Chi Alpha] before, and this seemed like a fun way to hang out with the people you’ve already met and meet new people.”

Read more at the Southeast Arrow.