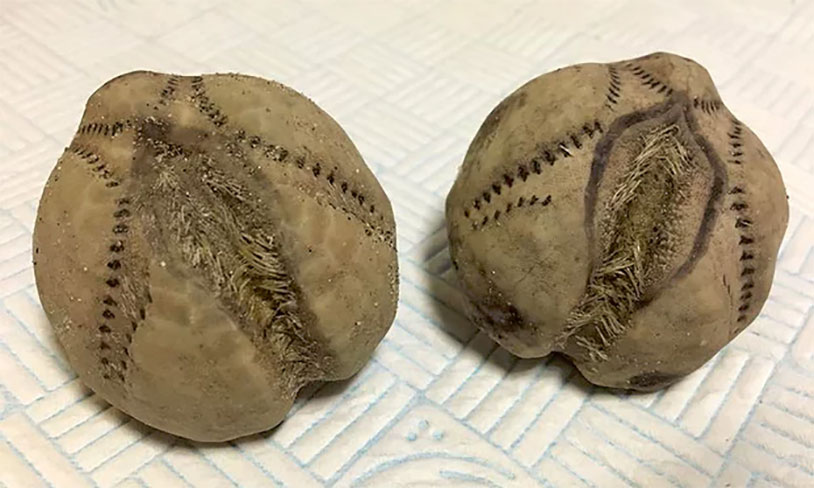 The ocean is still a mystery in many ways – although scientists have a pretty good handle on some of it, things lurk down in the depths that are still unexplained. And sometimes those things wash up on our shores and freak us out. Residents of the Long Rock beach area in Britain were recently faced with some terrors from the deep, as hundreds of bizarre, alien-looking orbs washed up on the shore. After a reasonable amount of local panic, scientists came in and taught us about something we’ve never heard of before: sea potatoes.

The Guardian has more on the story. The balls, which look like something that a predatory face-hugger would hatch out of in Aliens, started appearing in Long Rock early last week. Sea potatoes, known by the scientific name Echinocardium cordatum, are a form of urchin. They typically burrow inside soft, sandy soil and rarely come to the surface, and when alive are covered in spines.

But why are there so many of them showing up all at once? Biologist Martin Attrill, director of the marine institute at Plymouth University, has an idea. Apparently the urchins gather in large numbers when it’s mating season, and large storms can wash away much of their sand cover. The Long Rock area had two such storms in the last few weeks, so the natural habitat that the sea potatoes live in has been removed. Things should return to normal shortly for beachgoers.