What Are These Weird Fuzzy Balls In Orlando? 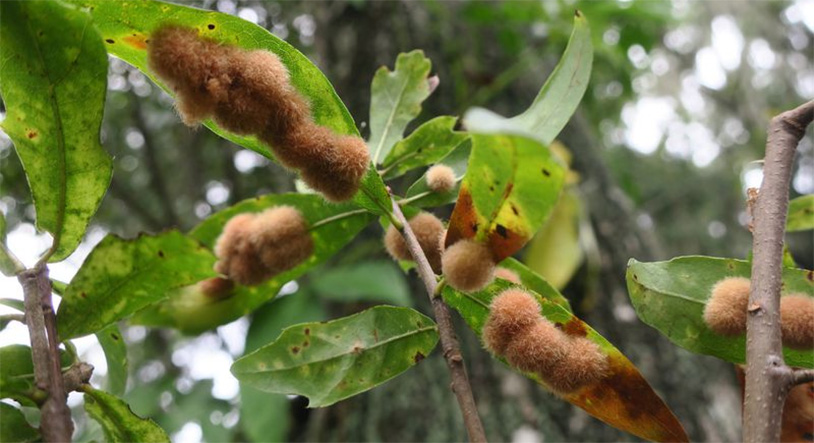 Residents of Orlando, Florida are noticing a new addition to their city: strange fuzzy balls that cling to the back of oak leaves, fall on the sidewalk and turn into a disgusting mush when it rains. No, they’re not alien eggs or other mysterious life forms, but rather the work of a small insect called a gall wasp.

The technical term for the little orb is a “fuzzy leaf gall,” created when the gall wasp lays their eggs on an oak leaf. A chemical in the egg sac irritates the leaf, which produces a web of fine threads as a defense mechanism. This is actually good for the wasp, as the gall insulates the egg from potential predators. Eventually, enough gall gets made to push the egg off of the leaf’s surface, with no harm done to the tree.

This isn’t the first time that leaf galls have bedeviled Orlando residents. October of 2014 saw an invasion of them. But this year they reached out to the Florida Department of Agriculture and Consumer Services, Division of Plant Industry in Gainesville, who explained what was going on. The bugs are harmless and don’t sting people, so the only issue is brushing a fuzzball off of your shirt once in a while.