What Is Going On In This Picture From Avatar 2 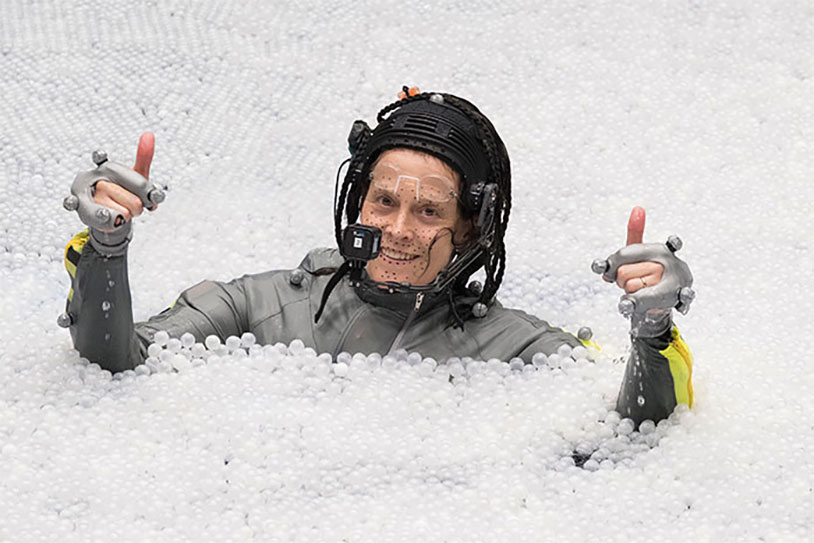 James Cameron’s 2009 movie Avatar occupies a bizarre place in filmmaking history – it still stands as one of the highest-grossing films of all time, only deposed from the top spot by Avengers: Endgame in 2019, but the actual cultural impact of the sci-fi epic is virtually nil. There are no Avatar spin-offs or devoted fanboys. It just seems like a weird glitch in the Matrix that came out of nowhere and disappeared as quickly as it appeared.

But Cameron has been slowly and steadily working on a pair of sequels, which are currently filming in New Zealand. Leaks from the set have started to trickle out, and most recently we were perplexed by this shot of Sigourney Weaver swimming in what appears to be an all-white ball pit.

Weaver, who played Dr. Grace Augustine in the original film, is an odd choice to come back considering that her character died. Apparently she’s been absorbed into the planetary ecosystem of Pandora. In her new form, she apparently does a lot of swimming, which is what’s happening here. The strange dots on her face are used for motion capture, and the balls on the surface of the water are a special effects technique to curb reflections coming from it that would interfere with the data. Making movies in the 21st century is a crazy thing. Avatar 2 is set to hit theaters in December of 2021.